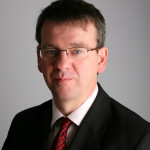 In its new report published as part of the influential Security Research Initiative (SRI) series, Perpetuity Research has explored the broader benefits of security beyond the protection of assets and found a number of ways in which security has generated income for host businesses.

The study findings in terms of how security adds value to a business are as follows:

*In providing (or helping to provide) the sort of environment that will attract customers and staff, retain them and reduce the cost of churn

*In reducing the risks of breaches that can attract fines, unwelcome publicity and loss of reputation

The findings of the research are based on a survey and interviews with not just security professionals, but also professionals from other corporate departments (among them Human Resources, Marketing and Finance) to gain an understanding of how the benefits of security are viewed by others.

Indeed, it was not just security professionals that considered security to be important and likely to impact on key issues that affect organisational success (such as reputation, customer satisfaction, staff well-being and profitability). Professionals from other corporate departments also rated security highly and stated they believe the discipline makes a contribution to non-security departments in achieving other organisational objectives.

The SRI report confirms that security can add value by preventing loss, particularly reputational and financial loss, and also identifies a range of ways in which it’s possible for security to enhance success (such as attracting, expanding and retaining business) and support operational success (ie enabling trust, contributing to staff well-being and influencing the now increasingly important domain of Corporate Social Responsibility).

However, the new research also identifies a number of barriers to recognising the full benefits of security:

*Security is viewed by some as an ‘intangible’ which complicates attempts to calculate a persuasive return on investment: success in security is often defined as ‘nothing going wrong’

Professor Martin Gill, who led the study, told Risk UK: “There are many proponents of the value of security who have long been arguing that security can do – and does – so much more for a business than purely protect its assets. This research suggests that these additional benefits are numerous and significant. What’s worrying is that this fact seems to be a very well-kept secret.”

The research was based on in-depth telephone and face-to-face interviews conducted with 55 individuals (30 clients, 15 suppliers, one security academic and nine individuals from non-security roles including HR, Sales, Marketing, Finance, Quality and Facilities).

This process was complemented by an online survey answered by 315 security professionals as well as 130 professionals from other (ie non-security) corporate departments.

Respondents to the survey emanated from a range of different sectors.

*For further detail on this latest SRI report send an e-mail to: prci@perpetuityresearch.com or telephone: 01892 538690