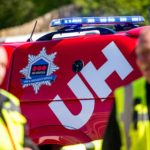 Securitas UK has been shortlisted for two Excellence in Fire and Emergency Awards. Both nominations recognise contracts which are innovative in the industry and involve close working partnerships between the customer and the service provider. The company is a finalist in the Emergency Services Partnership of the Year category in conjunction with the London Fire Brigade, and also a finalist in the Supplier of the Year category with the University of Hertfordshire.

Securitas works closely with the London Fire Brigade to maintain and deploy Emergency Fire Crew Capability Services across the capital. The contract – which was awarded in November 2014 – ensures that the Brigade can continue to meet its service duties under Sections 7 and 8 of the Fire and Rescue Services Act 2004 and those specified under Section 2 of the Civil Contingencies Act 2004 to plan for emergencies.

The Securitas solution provides for a contingency Emergency Fire Crew Capability that’s deployed as and when the London Fire Brigade’s own front line operational services (including emergency response and 999 call handling) are reduced or impacted by a business continuity event.

Earlier this year, the University of Hertfordshire awarded Securitas a special ten-year Protective Services contract, which is thought to be the first of its kind. 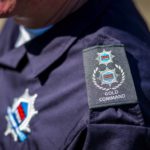 Not only is the contract working very effectively, but it also represents a substantial £500,000 annual cost saving over the University of Hertfordshire’s previous solution.

Professor Quintin McKellar CBE, Vice Chancellor of the University of Hertfordshire, explained: “A robust Emergency Response Plan is at the heart of our efforts to ensure that staff, students and the wider community are protected in the event of a serious incident. The aim is to ensure a comprehensive and timely response in the earliest stages of an emergency. The Emergency Response Plan also safeguards arrangements for liaison with other agencies that may be involved such as the Emergency Services, the local councils and our insurers.”

Shaun Kennedy, Securitas UK’s director of specialised protective services, observed: “The way we work in close partnership, combined with our innovative approach towards adding value by delivering additional services, represents a benefit for both Securitas and our customers. We recognise that this way of working wouldn’t be possible without investment in technology and our people.”