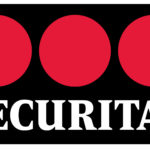 Global security solutions giant Securitas has just issued its interim financial report covering the period from January through until September this year. The document highlights a 5% organic sales growth during that time on total sales of MSEK 82 642, with the company’s operating margin for the period standing at 5.1%.

From July until September, total sales were MSEK 28 214 with an organic sales growth of 4%. Operating margin for the period was 5.6%.

Magnus Ahlqvist, the company’s president and CEO, commented: “The good organic sales growth was supported by North America and Ibero-America, but hampered by the previously communicated contract losses in Europe. We have the strongest offering of protective services and we grew faster than the security market in general during the first nine months of this year.”

Ahlqvist continued: “In terms of the macroeconomic environment, we saw a slowdown in some key markets during the second half of 2019. Security solutions and electronic security sales grew by 11% in the first nine months, and now represent 21% of total Group sales.”

In addition, the CEO stated: “The operating margin in the third quarter was unchanged at 5.6%. It was also unchanged in the first nine months at 5.1%, with a good performance in North America and Ibero-America. Labour markets are increasingly challenging in all of our geographies, and managing the price and wage balance will remain a key focus this year as well as going into 2020. The cost savings programme in Europe, initiated back in 2018, has developed according to plan and supported the operating margin.”

Operating and free cash flow has improved compared with the first nine months of 2018. According to Ahlqvist, the strong focus on cash management has paid off and remains “a key priority” across all business segments. 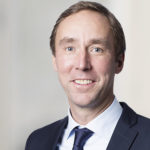 “We continue to drive the implementation of the two transformation programmes that will bring increased efficiency, modernisation and innovation,” urged Ahlqvist. “While the positive impact from these programmes is still a few years out, we’re progressing according to plan with their execution.”

Offering solutions to its clients is a core part of the Securitas strategy. The business continues to build a stronger capability within technology to enable further growth. The overriding ambition in the coming years is to increase security solutions and electronic security sales s part of total Group sales.

“During a time when we see slowing growth in some economies yet upward wage pressure,” added Ahlqvist, “being able to offer a solution as an alternative to our clients is as important as ever in order to enhance value to our clients and to manage overall costs.”

The business is hosting an Investor Day in Stockholm on Thursday 5 December with a view towards sharing more detail on Group strategy.