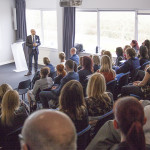 As part of the organisation’s key focus on creating a greater and more diverse workforce, Securitas has held its first ‘Women in Security’ celebrations at its new Operations Centre in Milton Keynes.

The event, which was held on Tuesday 8 March to mark International Women’s Day 2016, brought together Securitas colleagues from across the business to take part in a day of discussion and learning about what diversity really means and why it’s important to the success of the business.

Throughout the day, guests heard from inspirational men and women who shared their success stories, explaining how they were able to challenge the industry they work in through initiatives that built diversity within their own organisation.

On the day, speakers included Barry Boffy (diversity and inclusion manager for the British Transport Police) and coach, trainer and clinical psychologist Ros Taylor who develops the leadership potential of employees across the globe through her self-formulated ‘Just Leadership’ programme.

In addition, the delegates took part in thought-provoking workshops to develop new internal initiatives that will promote diversity and encourage people from different backgrounds to join Securitas.

Considering security as a career

Karen Morris-Lanz – director of Human Resources at Securitas – told Risk UK: “Our aim is to encourage people from different cultural and ethnic backgrounds to consider security as a career. Our workforce and working patterns are changing ,and we value diversity greatly as one of the most fundamental building blocks for creating a successful and modern business.” 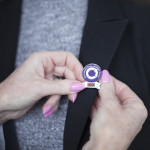 Securitas’ Country President Brian Riis Nielsen added: “Diversity is crucial to our business. If we are to build genuine partnerships, we need to reflect our diverse customer base. We do that by ensuring our business can attract people from all parts of society and, once they work for us, they then feel our culture is inclusive and their contribution will be valued.”

Riis Nielsen concluded: “Of course, diversity isn’t just about women, but we wanted to take advantage of this global celebration day to recognise women in our industry and the unique contribution they bring to the workplace.”

Women hold over 40 of the police service’s top ranks, with eight female chief constables and two of the major national police organisations now led by women – Sara Thornton as chair of the National Police Chiefs’ Council and Lynne Owens being the director general of the National Crime Agency.

More than 80 employers, training providers and equality organisations have gathered together in Glasgow to highlight the importance of diversity in the workplace at the launch of the Employers’ Equality Action Fund.

The fund, operated by Skills Development Scotland, offers grants of between £3,000 and £10,000 to private, public and voluntary sector employers alike to run pilot projects aimed at improving access to modern apprenticeships among under-represented groups.

The fund aims to support young people who are either from a black or minority ethnic community, have a disability or have a care background and endeavours to diversify roles that are traditionally seen as male or female-dominated. 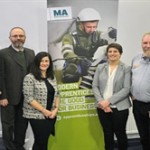 Mark McCafferty, Mitie’s regional HR manager, said: “The fund provides a great opportunity for employers to try to level the playing field for all groups within the labour market. All-too-often, we let our unconscious bias towards particular groups prevail to the detriment of equally capable and motivated apprentice candidates. This initiative will encourage employers to think differently about the wider candidate pool when considering modern apprenticeships.”

Bruce Gunn, CEO of DNDP, spoke to the audience in Glasgow, highlighting the disparity in employment opportunities between those with disabilities and those without. Gunn stated: “There’s a definite inequality of opportunity within modern apprenticeships. Hopefully, events of a similar nature to this one will help to break down some existing preconceptions.”