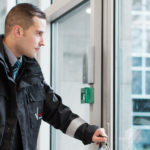 Securitas UK has joined a select group of organisations accredited by NaCTSO (the National Counter-Terrorism Security Office) to deliver its Project Griffin counter-terrorism awareness initiative training for its own members of staff.

Project Griffin was devised by the City of London Police in 2004 to protect UK cities and communities from the threat of terrorism following a number of high profile terrorist attacks in London and abroad. Integrating and co-ordinating the resources of the Emergency Services, local authorities, businesses and the private security industry, the concept has been successfully replicated by a number of countries around the world.

Training comprises a number of terrorism awareness modules – currently 13 in number – covering awareness of anything from firearms and weapon attacks to drones, insider threats and cyber attacks. It’s delivered at dedicated training events lasting from one to six hours, dependent on the time available and the number of topics covered.

Until recently, the modules were owned and managed by NaCTSO and delivered by specialist Counter-Terrorism Security Advisors across the country.

In April this year, following an escalation in threat levels subsequent to further high profile terrorist attacks, NaCTSO launched ‘Industry Self-Delivery’, a scheme designed to extend Project Griffin’s reach in which accredited organisations would now be empowered to train their own employees.

Securitas UK applied for (and was successful in gaining) accreditation, having duly met the strict criteria laid down. The Project Griffin training is now being delivered at Securitas’ recently-opened, state-of-the-art Training and Development Academy located in Milton Keynes. 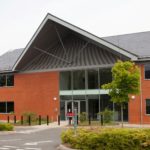 Dr Michael McDonagh, director for policing services at Securitas UK, explained: “As a result of much work at the National Project Griffin User Group, and in light of recent terrorist attacks, it has now been decided the best way forward in terms of industry awareness and delivery is that the current 13 Project Griffin modules will be handed over to a select group of industry leads for the sectors to deliver the awareness training to their staff themselves.”

McDonaigh added: “I’m pleased to announce that, as the guarding sector lead, Securitas has been approved by the Home Office and NaCTSO to become the first to be authorised to deliver this groundbreaking counter-terrorism training.”

Emily O’Mahony, head of learning and development for Securitas UK, said: “Through the support and leadership of the executive and the Securitas Training and Development Academy, I’m delighted that six of our Academy trainers have now received specialist training at the Academy from the NaCTSO team and are both approved and authorised to deliver this national counter-terrorism material at such a vital time. We will commence a review of all staff and ensure that they’re regularly updated as to the latest material available from NaCTSO. Once we’ve updated our members of staff, it’s then proposed that we’ll offer this awareness package to our clients.”