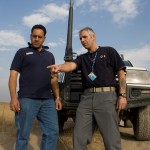 With 2014 marking the centenary of the outbreak of World War I, the long-term impact of war and conflict on those fighting at the front line has once more become part of the nation’s collective consciousness. Trevor Elliott discusses the career challenges often faced by those leaving the Armed Forces and the opportunities presented to them by the UK’s private security industry

More than 20,000 skilled and experienced individuals exit the Armed Forces every year and, for many among this cohort, leaving behind the unique structure of forces life can be a challenge, particularly when it comes to making the move towards a new career on Civvy Street.

The presently challenging job market and specific requirements set out by employers and recruitment agencies can make the transition to civilian life both difficult and stressful.

While figures from the MoD show that 96% of ex-Armed Forces employees are re-employed within six months, some former services personnel fail to land the job they want because they find it difficult to demonstrate to potential employers exactly how their military experience is relevant to a civilian role.

Careers within the private security industry have long been a popular choice for ex-Armed Forces personnel, as many roles within the industry enable service leavers to transfer particular skills they’ve gained in the military – among them responsibility, diligence, conflict management and communication – into their new career. Many leavers – such as trained engineers and technicians – are highly capable individuals with sound experience of cutting-edge technologies.

In 2013, the British Security Industry Association (BSIA) conducted extensive research into the private security industry’s perceptions of ex-Armed Forces personnel and their suitability for security roles. That study revealed some positive results.

In fact, 88% of respondents reported that they either currently employ ex-Armed Forces personnel or have done so in the past.

Our research showed that 92.6% of BSIA members considered ex-Armed Forces personnel to be suitable candidates for security roles, with self-discipline, motivation, an awareness of security challenges and an ability to deal with conflict situations cited among the key reasons as to why. 100% of interviewees also felt that such candidates would transition well into a supervisory role, while 95.7% agreed that managerial roles would also suit individuals with a military background.

The BSIA itself employs its fair share of ex-Armed Forces personnel who work in a range of roles across both technical and manpower sides of the industry. From my own perspective, I served in the Scots Guards for a decade and saw active service in the Falklands War.

When I left the Army in 1987 there was a career choice to make. What did I want to do? Following a lot of soul searching, a career in the security industry seemed like the logical choice for me given the wide variety of opportunities available. Very quickly, it became obvious to me that, by working hard, approaching tasks in a disciplined manner and making sure that there was a willingness to learn new skill sets, I was able to progress and develop that successful second career in Civvy Street.

For me, one of the main attractions of the industry is the constantly evolving face of security. There’s always a buzz and a level of anticipation which keeps me interested and looking for the next challenge.

For some, transitioning into a career in the security industry can be a difficult adjustment. However, there are organisations available to provide transitional support or training and ensure that individuals are completely ready for their new roles.

The Career Transition Partnership (CTP) is the official provider of resettlement support for Armed Forces leavers. Discussing opportunities within the security industry, David Duffy (managing director at the CTP) explained: “Careers within the security industry are suitable for service leavers who wish to build on the experience gained throughout their military careers and move to a sector that offers opportunities matching their transferable skills and employment aspirations.”

Duffy went on to state: “The CTP offers a wide range of security courses at all levels while a number of accredited training providers on the CTP Preferred Supplier list run industry-related courses. Feedback from the organisations within the security industry who use the no-cost recruitment solution the CTP provides suggests that the skills people gain in the military, along with those personal qualities service leavers have in abundance, make them a natural fit for the various career paths on offer in the security sector.”

For those about to leave the Armed Forces, members of the BSIA’s dedicated Training Providers Section can offer expert guidance on the basic training requirements for those wishing to work in security. Indeed, they can be a great source of advice for both security companies and individuals who are looking to procure training for their roles. 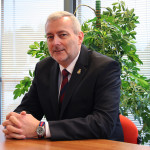 Courses can be taken in areas such as CCTV, intruder alarms, access control, door supervision, Control Room operations and management training. There’s a comprehensive range of state-of-the-art equipment on which individuals can learn, not to mention the sage advice of professionally qualified tutors with real world experience of the industry.

Counter-terrorism training is, of course, increasingly important within the security industry, and training providers are actively involved in educating members of the British Armed Forces through a programme of apprenticeships and various courses.

This Apprenticeship in Security Programme has enabled individual infantry soldiers to achieve recognised and relevant qualifications which not only meet the stringent requirements of the National Qualifications and Credits Framework but also the Security Industry Authority.

Due to the fact that certification is not required to perform counter-terrorist tasks during operations, the British Technology Education Council Certificate and complementary National Vocational Qualification are designed, developed and delivered by civilian trainers/assessors possessing significant experience both from the perspective of military operations and commercial security appointments.

As part of the programme, all infantry apprentices are required to demonstrate mastery of the following core knowledge-based units: ‘Working in the Private Security Industry’, ‘Working as a Private Security Officer’ and ‘Communication and Conflict Management’, in turn ably demonstrating the relevance that private security sector experience can have in the much wider context of both defence and national security roles.

Qualifications like these can help to ensure that Armed Forces personnel are well-equipped and prepared for a career in the private security world once they’ve made the transition to civilian life.

Many companies operating within the security industry offer their own in-house support to assist ex-Armed Forces personnel make the transition to a role in security. From tailored inductions through to individual learning plans and mentoring, it’s clear to see that employers in the security sector are taking their role seriously in terms of helping new employees cope with life in the corporate world.

Among the BSIA members questioned in the Association’s survey, employers cited the fact that ex-Armed Forces personnel can be effective when employed in a number of roles, most notably in close protection or as security officers, but also in a range of technology-based roles such as security installers, CCTV operators and in Research and Development.

Thankfully, those involved in conflict in the modern age have access to a wide range of opportunities on leaving their active service.

We’re extremely pleased that the private security industry is playing its part in facilitating the transition to civilian life for many of our country’s brave servicemen and women.