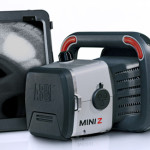 Scanna MSC – the British manufacturer of portable and postal x-ray screening systems – has been appointed as an Authorised UK Channel Partner of AS&E for its MINI Z handheld backscatter imaging system.

The MINI Z is “the world’s first handheld Z backscatter imaging device” which will enable law enforcement, public safety and other security professionals to detect drugs, explosives and other contraband and threats concealed in bags, packages and hard-to-reach locations such as vehicle interiors or aircraft/boat compartments.

The MINI Z is a compact, single-sided imager that uses backscatter technology to produce a real-time image of the target. It’s particularly good at finding organic materials such as explosives, currency and drugs.

There’s no set-up required while the scanning controls and image viewing are carried out on a small handheld tablet.

MINI Z is safe for operators, bystanders and the environment and conforms to ANSI, ICRP, MCRP and Euratom radiation standards 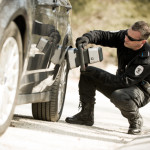 The device enables law enforcement, public safety and other security professionals to detect drugs, explosives and other contraband and threats concealed in bags, packages and hard-to-reach locations such as vehicle interiors or aircraft/boat compartments

Since its launch in the US in June last year, the MINI Z has been named the ‘Best of What’s New’ by Popular Science magazine in addition to receiving the ASIS Accolades Award for Security Innovation.

In customer trials with US public safety agencies, the MINI Z recorded multiple drug seizures including marijuana valued at more than £100,000.

“Scanna is very pleased to be working  with AS&E to bring the advantages of this exciting new product to the police service, security and customs agencies in the UK,” explained Noel Cummings, managing director of Scanna MSC.

“Like our own imaging systems, MINI Z is a highly effective rapid deployment detection tool for counter IED, public safety and drug enforcement operations wrapped up in a truly compact, handheld format.”

MINI Z boasts a range of applications including:

*Drug Interdiction: Screening the interiors of vehicles and facilities for concealed drugs and currency 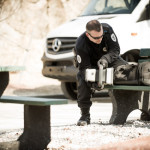 MINI Z launched with great success at the recent UK Security & Policing show in Farnborough and will be available for demonstration on the Scanna Stand (D36) at Counter Terror Expo, which runs from 21-22 April at London’s Olympia.