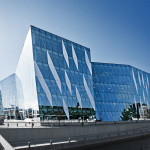 A10 Networks has announced that Saxo Bank is using the company’s Thunder Application Delivery Controllers (ADC) to meet the critical transaction processing requirements for its state-of-the-art online trading platform.

Established back in 1992, Saxo Bank was one of the first financial institutions to develop an online trading platform that provided ordinary investors with the same tools and market access as the professionals.

Over more than two decades, Saxo Bank has grown to become a fully-licensed bank in Europe, specialising in trading and investment while at the same time ably supporting an international client base and a growing network from its headquarters located in Copenhagen.

At the heart of this process is a dedicated IT infrastructure and development team that delivers a platform offering over 30,000 financial instruments available in over 20 languages and which is also ‘white-labelled’ by more than 100 major financial institutions worldwide.

The platform needs to be high performing, resilient and able to scale in order to meet volatile trading patterns. In 2014 alone, the platform executed 22.5 million trades worth hundreds of billions of Euros.

“Our platform has thousands of feeds, some of which are updated several times a second,” explained Robert Smith, IT procurement manager for Saxo Bank. “In volatile markets, the number of trades can drastically increase. It’s for this very reason that we build our infrastructure with low latency in mind to deal with these vast, changing data flows, and also with plenty of headroom to handle spikes without compromising the expected levels of resiliency our business necessarily demands.”

“As we have our own highly skilled in-house technical infrastructure and development team we can be very exacting when it comes to IT,” added Smith. “For any upgrade or change, we tend to run deep Proof of Concept and technical evaluation on our beta test environments and then carefully migrate onto live systems as a result of using a practised methodology.” 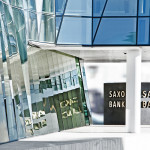 For Saxo Bank, application traffic management is a vital component. As a predominately Cisco-focused networking environment, the end of support for the vendor’s ACE product prompted a major revaluation.

“We had the opportunity to look at the market and choose an application delivery solution based purely on how it compared against our requirements,” asserted Smith.

Saxo Bank duly gathered requirements from both its networking and application development teams to generate a vendor shortlist before running an extensive Proof of Concept and evaluation test over multiple stages.

“We ran a number of real-world latency, performance and storm tests in our beta environment and it was clear that A10 easily met our requirements, but also with enough headroom to meet the exceptional spikes in traffic,” commented Smith.

“We were also very impressed by the responsiveness of the support process, with every query answered professionally and on a timely basis.”

Another major benefit that was proven during the Proof of Concept was the SSL offloading capability which allows the bank to place its critical encryption processes in the dedicated A10 hardware and remove the workload from its application servers. The test comfortably ran tens of thousands of new SSL sessions, even with the 2K encryption keys used to provide deep security for transactions. 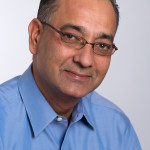 Sanjay Kapoor of A10 Networks

“The entire process has been careful and measured,” concluded Robert Smith. “The test results from running the A10 in our simulated environment have given us the confidence that the Thunder platform will comfortably meet our requirements while also helping to deliver excellent service to our client community.”