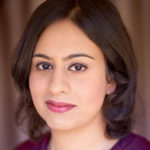 Experienced campaigner and charity leader Sara Khan will be the new lead Commissioner for Countering Extremism. Khan, who’s expected to take up her post in the next month, was selected following an open, rigorous and transparent recruitment process. The appointment is for a period of three years.

Home Secretary Amber Rudd said: “The Commission for Countering Extremism will form a crucial part of this Government’s work to stop the scourge of extremism in all its forms. Sara Khan is expertly qualified to lead its important work. She will bring a wealth of experience and knowledge to the Commission which will prove vital as it works to identify and challenge extremism and provide independent advice to the Government.”

Rudd also stated: “In the last century, we challenged racism by uniting civil society and the state. We have the same ambition to confront extremism. This Government will not stand by and allow the menace of extremism to undermine the fundamental, pluralistic values which underpin our society.”

Identify and challenge all extremism

The Commission has a clear remit to support the Government, the public sector and civil and wider society in identifying and challenging all forms of extremism. It will provide the Government with impartial, external advice on the tools, policies and approaches needed to tackle extremism, support the public sector, communities and civil society to confront extremism wherever it exists and actively promote fundamental, pluralistic British values.

Initially, the Commission will widely and openly enter a discussion about extremism and Britain’s values with individuals from all areas of society, independently selecting with whom it will engage. It will also produce a strategic assessment of the threat extremism presents as well as the current response and, in this initial phase, advise on the Commission’s future structures and work programmes.

On her appointment, Sara Khan observed: “I’m honoured and humbled to have been announced as the Lead Commissioner. I recognise the scale of the challenge we face in confronting extremism, and I’m deeply committed to this role. I will create a Commission that’s forthright in challenging extremism in the name of our shared values, fundamental freedoms and Human Rights.”

Khan went on to state: “To those in our country who recognise the harm and threat extremism continues to pose in our society, I’m eager to collaborate and engage with you. I extend my hand out to you to work with me in supporting the Commission’s endeavours  in building a Britain that defends our diverse country while demonstrating zero tolerance towards those who promote hate and who seek to divide us.”

The Government is already taking robust action to tackle extremism. In recent years, it has grown a network of over 160 civil society groups that are standing up to extremism in their communities thanks to the £63 million ‘Building a Stronger Britain Together’ programme.

In addition, the Government published a new Hate Crime Action Plan in July 2016. It has committed £3.4 million worth of funding for protective security measures for places of worship and innovative community-led projects to tackle hate crime, and has also taken steps to increase the reporting of hate crime, while also ensuring that the police service is now recording hate crimes by the religion of the victim.

The Government has continued to act to prevent extremism from gaining a foothold in schools, including through strengthening regulations designed to safeguard children missing from education.