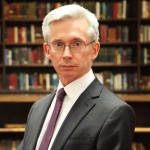 The Royal United Services Institute (RUSI) – the independent Think Tank engaged in cutting-edge defence and security research – is pleased to announce two senior appointments to its staff and distinguished network of Associate Fellows.

Professor Malcolm Chalmers is promoted to the newly-created role of Deputy Director General at RUSI. He continues as Research Director and Director of the Institute’s Proliferation and Nuclear Policy programme.

Professor Chalmers was a member of the consultative panel for both the 2010 and 2015 Strategic Defence and Security Reviews, and served as a special adviser to Parliament’s Joint Committee on the National Security Strategy between 2011 and 2015. He has also advised former Foreign Secretaries Jack Straw MP and Margaret Beckett MP.

Chalmers is Honorary Visiting Professor at the University of Exeter, and was Visiting Professor in the Department of War Studies at Kings College, London. He was previously Professorial Fellow (2007-2011) and Director of Research/Director for UK Defence Policy (2011-2015) at RUSI. 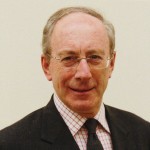 RUSI also welcomes Sir Malcolm Rifkind as Senior Associate Fellow. Sir Malcolm was born in Edinburgh in 1946.   He was educated at George Watson’s College and Edinburgh University where he studied law before taking a postgraduate degree in political science.

While at university, Rifkind took part in an overland expedition to the Middle East and India. From 1967-1969 he lived in Southern Rhodesia (now Zimbabwe) and taught at the local university. He travelled widely around southern Africa and wrote his postgraduate thesis on the politics of land in Rhodesia.

On returning to Britain, Rifkind was called to the Bar and practised as an advocate until 1979. He was appointed a Queen’s Counsel in 1985.   In 1970, he fought his first Parliamentary campaign and, in 1974, was elected as MP for Pentlands (representing that constituency until 1997).

Sir Malcolm was appointed to the Front Bench in 1975, but resigned over devolution issues in 1977.

In 1979, when the Conservative Party was returned to power under Margaret Thatcher, Rifkind was appointed a Parliamentary Under Secretary of State, at first in the Scottish Office and then, at the time of the Falklands War, he was transferred to the Foreign and Commonwealth Office, being promoted to Minister of State in 1983.

Sir Malcolm was one of only four ministers to serve throughout the whole premierships of both Margaret Thatcher and John Major for 18 years. This represents the longest uninterrupted ministerial service in the United Kingdom since Lord Palmerston in the early 19th Century.

Knighthood in recognition of public service

In 1997, Rifkind was knighted in recognition of his public service.   He has served on the Court of Edinburgh University and has been an honorary colonel in the Reserve Forces. He’s also member of the Queen’s Bodyguard, the Royal Company of Archers.

He served as UK representative on the Commonwealth Eminent Persons Group from 2010-2011 and as chairman of the Intelligence and Security Committee of Parliament, which provides oversight of the UK’s intelligence agencies (MI6, MI5 and GCHQ) from 2010-2015.

Sir Malcolm is currently a member of the OSCE’s Eminent Persons Group, which will duly report on relations between Russia and the West.