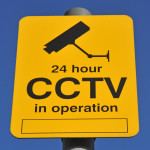 In Rugby, organisations have been working together to provide a collaborative approach towards CCTV surveillance that protects the community while at the same time maintaining citizens’ right to privacy.

Rugby First was created back in 2005. The Control Room in Rugby – which is funded by local businesses, the local authority and the police service – combines CCTV with a variety of other services such as street rangers, town centre safety and other security initiatives.

Patrick Weir, Rugby First’s operations manager, explained: “In 2005, the CCTV system being run by the local authority, which is one of our major partners, was ageing and the Control Room too small. As part of the Government’s Business Improvement Districts scheme, Rugby First took over the running of a jointly-funded and updated Control Room to be operated and administered by Rugby First staff. The financial agreement with the local authority was to ringfence the budget provided for CCTV. That arrangement continues to this day.”

This kind of partnership working has turned out to be extremely beneficial, and given rise to information sharing across traditional organisational boundaries. The arrangement has made it much easier to share data, intelligence and feedback between the police service, the local authority and commercial businesses in the area as well as other organisations.

“The main aspect of the Rugby First operation is the partnership working and the benefits of this due to information sharing protocols that have been in place for a decade,” added Weir. “Our CCTV staff are subject to enhanced vetting by Warwickshire Police which means they can attend daily police briefings including the inspector’s morning brief, use police airwave radio and Automatic Number Plate Recognition cameras. This provides real practical benefits when there are a number of diverse organisations with differing priorities.”

The partnership working of Rugby First has meant that the town is a safe place to visit. The CCTV system is used in line with the UK Surveillance Camera Code of Practice to protect people rather than spy on them.

“Businesses benefit from a 24/7 service and a retail radio link with over 200 users provided free of charge covering both the day and night-time economy,” enthused Weir. “Employees of local companies, visitors and shoppers are reassured that the town is a pleasant and safe environment in which to work or visit. We also run the surveillance system such that it follows the 12 guiding principles in the Code of Practice.”

Importantly, initiatives such as Rugby First demonstrate how organisations can work together to provide a framework for CCTV that protects the community while also maintaining citizens’ right to privacy.

Huntingdonshire District Council and Cambridge City Council have introduced a Single Point of Contact for all CCTV issues.

As relevant authorities under the Protection of Freedoms Act, local authorities must pay due regard to the UK Surveillance Camera Code of Practice. Local authority CCTV systems cover town centres, of course, but often there will be many other operational systems controlled by a local authority. These could be housing, community centres, leisure centres, parks and so on.

On that basis, how should local authority CCTV managers maintain an overview of all the CCTV across their organisation? At Huntingdonshire they’ve come up with the solution.

Martin Beaumont, CCTV manager of a shared service for Huntingdonshire District Council and Cambridge City Council, explained: “We’ve introduced a Single Point of Contact for all CCTV issues. In Cambridge, that’s myself. I act as the main contact point for anything related to CCTV and have been able to introduce organisational CCTV policies and procedures. I’m also able to ensure that any staff across the organisation operating CCTV are properly trained, keep them up-to-date on changes to legislation and generally help them develop.”

Pointing out the risks

If local authorities don’t have a good understanding of the CCTV system(s) they operate they can face financial, legal and reputational risk. Do organisations know how many cameras they have, where they are, why they are there and if they’re being operated within the legislative framework?

“In our council’s case,” stated Beaumont, “it was found that there were 144 Public Space Surveillance cameras all under tight control and meeting the requirements of the legislation. However, it was also discovered that there were over 300 other council cameras spread across 29 sites with no standardised procedures, purchasing or maintenance system or form of centralised control. The systems were being operated by individuals with no training or understanding of their role or responsibility and no knowledge of legislation. There was no working to Codes of Practice or operational manuals and no standard signage. It was also found that some cameras were unnecessary and not fit for purpose.”

Beaumont carried out an audit of the council to find out exactly where all its cameras were located and who had responsibility for them. This audit has meant that signage can be standardised, clear roles and responsibilities set out and competencies improved. Importantly, the process has enabled Beaumont to set up a Governance Board designed to scrutinise the use of CCTV across the breadth of the council.

“There’s continued interest in all things CCTV,” concluded Beaumont.”Public sector bodies who fail to grasp this nettle are leaving themselves wide open to all sorts of risk. None of us can afford that. Public bodies should be doing everything they can to protect themselves from these risks. A simple way of doing so is by appointing a Single Point of Contact for CCTV. It’s a solution I would recommend all public bodies to consider.”

*If you would like more information about how your organisation could set up a Single Point of Contact for CCTV, please make this known to the UK Surveillance Camera Commissioner