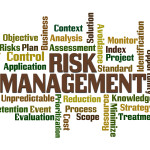 Business’ corporate risk appetite has faded in the face of weakness in emerging economies and global equity markets. That’s according to Deloitte’s latest survey of Chief Financial Officers (CFOs) for Q3 2015 which gauged the views of 122 CFOs resident at FTSE 350 and other large private UK companies.

Corporate risk appetite has dropped. 47% of CFOs say now is a good time to take risk on to their balance sheet, which is down from 59% in Q2 2015. Rising risk aversion is feeding into a more defensive stance on the part of major corporates, with a greater focus on cost reduction and rather less on investment.

Levels of optimism among CFOs have also fallen. 29% of CFOs are less optimistic about the financial prospects for their company than they were three months ago compared to 20% in Q2, while 19% are more optimistic compared to 36% in Q2.

Factors posing a threat to businesses

Asked to rate the factors that pose threats to their business (on a scale of 0 to 100), CFOs attach a rating of 48 to the prospect of higher interest rates, 47 to weakness in emerging markets and geopolitical risks (up from 43 in Q2’s survey) and 47 to deflation and economic weakness in the Euro area.

CFOs gave a rating of 42 to the UK’s referendum on EU membership, down from 45 in Q2. The rating attached to poor UK productivity fell from 40 in Q2 to 35 in Q3, while the risk rating of UK public spending cuts rose from 34 to 38.

In a separate question, 60% of CFOs said that the slowdown in China will have a negative impact on their business in the next twelve months.

Credit conditions remain “exceptionally easy” while large corporates are fully confident about the cost and availability of credit. 84% of CFOs say new credit is cheap and 79% say credit is readily available. Both remain close to their best readings in eight years.

Ian Stewart, chief economist at Deloitte, said: “Emerging market weakness and equity market turmoil have taken a toll on risk appetite among the UK’s largest businesses. However, sentiment among large businesses is changeable and heavily influenced by the global environment, notably so by news flow and the performance of equity markets. In both areas, good news has been in short supply of late. UK equities are down 16% from their April peaks. US institutional investor optimism stands at 2009 levels. Financial market volatility is up sharply and there are more downgrades to emerging market growth forecasts.”

Stewart added: “The firms on the CFO Survey Panel are large and have heavy overseas exposure, with more than half of their revenues coming from outside the UK. While external risks are centre stage, CFOs are positive on prospects for the UK economy. CFOs rate uncertainty and emerging market weakness as constraints on investment, but see the state of the UK economy as being a significant support for investment.”

In conclusion, Stewart stated: “Falling corporate risk appetite and sentiment suggests that the Federal Reserve and Bank of England have been absolutely right to maintain interest rates at ultra-low levels. Despite the more emollient tone from central banks, though, CFOs still see tighter monetary policy as the number one threat to their businesses. From a Central Bank point of view this may be the worst of both worlds: a corporate sector worried about both slower global growth and about the prospect of higher interest rates.”

David Sproul, senior partner and chief executive of Deloitte, said: “Softening demand in emerging economies, greater financial market volatility and higher levels of risk aversion make for a more challenging backdrop for the UK’s largest businesses. The UK economy is in pretty good shape. Low inflation and rising pay have rebooted consumer incomes. Boosted by cheap credit, consumer spending, which accounts for more than 60% of the economy, has risen 3.1% in the last year. This is the fastest rate in eight years. Nor should we overdo the gloom on the external environment. The outlook for emerging market economies has softened, but the US is seeing a decent recovery, the Euro area is growing again and the pace of activity seems likely to quicken into 2016″.

Detail on the latest survey

This is the 33rd quarterly survey of Chief Financial Officers and Group Finance Directors of major companies in the UK. The 2015 Q3 survey took place between 9-28 September.

122 CFOs participated, including the CFOs of 23 FTSE 100 and 56 FTSE 250 companies. The remainder were CFOs of other UK-listed companies, large private companies and the UK subsidiaries of major companies listed overseas.

The combined market value of the 72 UK-listed companies surveyed is £393 billion, or approximately 19% of the UK quoted equity market.

The Deloitte CFO Survey is the only survey of major corporate users of capital that gauges attitudes to valuations, risk and financing.