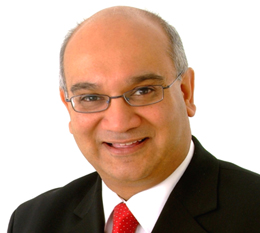 The Home Affairs Select Committee acknowledges the operational need for secrecy both during investigations and afterwards (so that investigative techniques more broadly are not disclosed). However, there has to be proper oversight and scrutiny. The Committee recommends that the Home Office uses the current review of the RIPA Code to ensure that law enforcement agencies discharge their RIPA powers properly.

The Committee noted that the Rt Hon Sir Paul Kennedy, the Interception of Communications Commissioner, launched an inquiry in October 2014 to determine whether the acquisition of communications data had been used to identify journalistic sources. He wrote to all chief constables and directed them, under Section 58(1) of RIPA, to provide him with details of all investigations that had used powers under Chapter 2 of Part I of RIPA to acquire communications data to identify journalistic sources. His office will undertake a full inquiry into these matters, report the findings to the Prime Minister and then publish them.

The Committee believes all local police forces must communicate openly and efficiently with the Commissioner regarding the information they give him about their work. The Committee considers that IOCCO should be given further resources to carry out its job in an effective and timely manner, particularly in respect of its inquiry into the use of RIPA powers regarding journalistic sources.

The Communications Data Code of Practice was drafted eight years ago and, unlike the interception or the Surveillance Code which were recently updated, contains no advice on dealing with professions that handle privileged information nor any guidelines on the use of confidential helplines.

On 15 October this year, the Home Secretary Theresa May announced that the Home Office was conducting a review of the use of RIPA in response to concerns over its deployment to access journalists’ phone records. The Government has stated that a revised Code will be published in draft form” this autumn” and will be subject to public consultation. With only 26 days until the New Year, the Home Affairs Select Committee has stated that the Home Office has failed to meet its own timetable.

Keith Vaz MP (pictured), chairman of the Home Affairs Select Committee, said:” RIPA is not fit for purpose. We were astonished that law enforcement agencies failed to routinely record the professions of individuals who have had their communications data accessed under the legislation. Using RIPA to access the telephone records of journalists is wrong and this practice must cease. The inevitable consequence is that this deters whistle-blowers from coming forward.”

Vaz continued:” The recording of information under RIPA is lamentably poor. The whole process appears secretive and disorganised without proper monitoring of what is being destroyed and what’s being retained. We’re concerned that the level of secrecy surrounding the use of RIPA allows investigating authorities to engage in acts which would be unacceptable in a democracy with inadequate oversight.”

In conclusion, Vaz explained:” The Home Office has failed to publish its review within its own timetable, and not for the first time. It should hold a full public consultation on an amended RIPA Code of Practice. Any updated advice should contain special provisions for dealing with privileged information such as journalistic material and material subject to legal privilege. It’s vital that the Home Office uses the current review of the RIPA Code to ensure that law enforcement agencies discharge their RIPA powers properly.”

Responding to the Home Affairs Select Committee’s report on RIPA, Isabella Sankey” director of policy for Liberty” said:” The secret use of RIPA to investigate journalists’ sources will chill anyone who values free speech and a free press, but what’s really disturbing is that the abuses detailed in this damning report are the tip of the iceberg. Records about your phone calls and e-mails build up an incredibly detailed data picture of every single one of us” who we are, where we go and what we do.”

Sankey added:” We urgently need safeguards to stop this valuable data being accessed without judicial warrant. What we’re getting is the Government handing itself even more powers to snoop in the form of the ill-targeted Counter-Terrorism and Security Bill.”

Emma Carr, director of Big Brother Watch, said:” When a senior Parliamentary Committee says that the current legislation is not fit for purpose then this simply cannot be ignored. It’s now abundantly clear that the law is out of date, the oversight is weak and the recording of how the powers enshrined in RIPA are used is patchy at best. The public is right to expect better.”

Big Brother Watch’s director also said:” While this report concentrates on targeting journalists, it’s important to remember that thousands of members of the public have also been snooped on, with little opportunity for redress. If the police fail to use the existing powers correctly then it’s completely irresponsible for the Home Office to be planning on increasing those powers. Failure by the Government to address these serious points means we can already know that there will be many more innocent members of the public who will be wrongly spied on and accused. This is intolerable.”