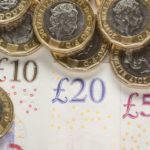 The Information Commissioner’s Office (ICO) has fined DSG Retail Limited the sum of £500,000 after a ‘Point of Sale’ computer system was compromised as the result of a cyber attack, in turn affecting at least 14 million people.

An ICO investigation found that an attacker installed malware on 5,390 tills at DSG Retail Limited’s Currys PC World and Dixons Travel stores between July 2017 and April 2018, collecting personal data during the nine-month period before the attack was detected.

DSG Retail Limited breached the Data Protection Act 1998 by having poor security arrangements in place and failing to take adequate steps to protect personal data. This included vulnerabilities such as inadequate software patching, the absence of a local firewall and a lack of network segregation and routine security testing.

In January 2018, the ICO fined Carphone Warehouse, itself part of the same company group, a total of £400,000 for similar security vulnerabilities.

Steve Eckersley, the ICO’s director of investigations, said: “Our investigation found systemic failures in the way DSG Retail Limited safeguarded personal data. It’s very concerning that these failures related to basic and commonplace security measures, showing a complete disregard for the customers whose personal information was stolen. The contraventions in this case were so serious that we imposed the maximum penalty under the previous legislation, but the fine would inevitably have been much higher under the General Data Protection Regulation.”

The ICO considered that the personal data involved would significantly affect individuals’ privacy, leaving affected customers vulnerable to financial theft and identity fraud. The ICO received 158 complaints between June 2018 and November 2018 from DSG Retail Limited’s customers. As of March 2019, the company reported that nearly 3,300 customers had contacted the business group directly in relation to this data breach.

Eckersley added: “Such careless loss of data is likely to have caused distress to many people since the data breach left them exposed to an increased risk of fraud. We recognise that cyber attacks are becoming more frequent, but organisations have responsibilities under the law to take serious security steps to protect systems and, most importantly, people’s personal data.”