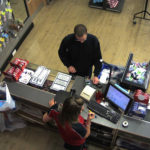 Trouble is afoot in the retail sector. Make no mistake about that. Retailers spanning in scale from independent single stores through to multiple store chains are at risk and feeling the financial pinch like never before. High Street stores are battling against a variety of tangible threats to their very livelihood, ranging from rising rents and seasonal factors affecting sales through to online-only competitors, along with more traditional loss-related drains on their financial bottom line. These include customer and staff thefts, ‘sweet hearting’ collusion between the two and fraud, along with robberies, burglaries, criminal damage and rising violence perpetrated against employees.

The March 2019 Retail Crime Survey lays bare the extent of the challenge facing this commercial sector. Widely acknowledged as being definitive, and compiled by the British Retail Consortium (BRC), it reveals that the total cost of retail crime has risen again to around the £900 million mark. That represents an increase of 28% in just a year.

Factored alongside the £1 billion spent by retailers on prevention, crime now accounts for around £1.9 billion in losses to the industry. This is equivalent to approximately 20% of the estimated profits of the entire retail industry. The BRC’s CEO, Helen Dickinson, has lamented: “At a time when retail is undergoing a dramatic reinvention, with technology changing the way we shop, businesses can ill-afford to be burdened by these huge crime-related costs.”

Customer theft represents the majority of all types of retail incidents and rose over the previous year by 31% to more than £700 million. This latest Retail Crime Survey also notes that it’s now seeing links between customer theft and refund fraud.

Meanwhile, the BRC is quick to praise the work of police officers and PCSOs set in the context of the very difficult resourcing and prioritisation decisions encountered by the police service, along with growth in certain crime types that demand significant police time and support. Nevertheless, 70% of the retailers surveyed say police response is either poor or very poor. “Retail is in a precarious state, and retail crime is a burden the industry, and those who rely on it for employment, can ill afford to carry,” states the Retail Crime Survey.

Further concern has centred on the £200 threshold for shoplifting offences introduced in England and Wales in the Anti-Social Behaviour, Crime and Policing Act 2014. Those accused of ‘low value shoplifting’ no longer have to attend court and can plead guilty by post in the same way as speeding motorists. Retailers are warning that the rise in shoplifting is being fuelled partly by police forces not investigating the theft of items worth less than £200.

With the scale and nature of the risks facing retailers abundantly clear, then, how best can loss prevention systems help them to quickly and efficiently spot the anomalies and identify culprits?

As the Retail Crime Survey notes, many retailers are making use of the latest generation CCTV systems, but is such equipment being effectively maximised? When linked to traditional exception reporting software, which in turn interfaces with Electronic Point of Sale (EPoS) systems, retailers have still faced operational drawbacks. User friendliness (or rather the lack of it) and time-consuming trawls through surveillance recordings are just two examples of the problems posed by this type of loss prevention method.

Other issues have included a ‘one-size-fits-all’ mentality towards system design, with related issues for customers such as lack of flexibility around site layouts and specific risk requirements at each location. Consequently, although some technology elements are in place to cover certain customer problems, other risks are ineffectually addressed. As a result, there hasn’t been a market-ready solution that adds up to more than the sum of its parts.

This problem has been further compounded by inflexibility in terms of system design, with existing providers being reluctant to apply their R&D resources to each specific customer’s site-based demands.

Loss prevention is traditionally viewed as a grudge purchase. Any negative perceptions that such technology has limited applicability and doesn’t provide the return on investment results expected from it mean, in turn, further brakes being put on the potential that does exist. It cannot be right that retailers specify such systems with the main aim of simply satisfying police and other emergency responders’ requirements, as well as insurer-related needs. If only this vicious circle could be broken. 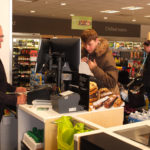 In a more positive light, through a three-pronged combination of solutions to these operational drawbacks demonstrating tangible loss prevention results, and providing added value functions to boost their bottom line returns, retailers would be better incentivised to invest in this technology. By effectively tackling loss prevention at one end of the process, while also proving its worth as a net contributor towards turnover, site profitability and operational efficiency, such a system can be seen to essentially pay for itself.

This was the scenario that Metro Security’s R&D team adopted when developing the Metro Analytic Retail Solution (M.A.R.S), winner of a 2019 Queen’s Award for Innovation. The retail climate has shifted, meaning stores can no longer justify investment in systems that provide ‘shrinkage’ loss prevention and crime detection features alone.

Its flexible applicability to a single store or multiple sites simultaneously includes the operational ability to check store deliveries/movements remotely. The system can also remotely monitor stock deliveries into stores whenever they’re booked in, while its use of retail transaction analytics includes customer definable auto-exception reporting.

The M.A.R.S system has enabled a major High Street retailer to reduce its annual shrinkage losses by 70% and its audit costs by 65% thanks to operating in stores around both the UK and over 200 branches across Europe.

The main difficulty faced in overcoming previous problems encountered by retailers has been in ensuring that the system reliably provides a way of supplying a combination of data and visual images that identifies areas of concern to the business involved. In practice, for example, this entails being able to isolate one-in-10,000 transactions requiring attention using software data patterns/mining techniques to ‘flag up’ trends of concern and summarise this to store owners/managers using easy-to-use ‘dashboard’ information.

Forecourt fuel operators are also using the system to combat issues including motorist drive-off ‘bilking’ incidents, which, according to the Petrol Retailers Association, have risen from a value of £26 million to £31 million per annum in the last six years. Companies including Certas Energy, Harvest Energy (part of the Prax Group) and George Hammond plc are also monitoring remote, unmanned sites with the technology, with uses including authorisation of fuel for motorists, re-fuelling monitoring and Health and Safety checks. These operators are also adopting added value, non-security functionality to improve footfall, operational efficiency, turnover and profitability.

Examples of this potential include using forecourts’ automatic number plate recognition (ANPR) camera software, providing the ability to alert the system to a vehicle returning to the site and prompting retrieval of the driver’s previous purchases. This, in turn, offers customer relationship management marketing functionality (eg in welcoming the motorist back and tempting them with suggestions of similar items on sale in the shop en route to the cash desk). 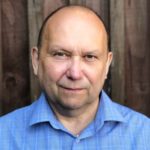 Additionally, the analytics can be deployed to provide equipment fault monitoring or may be used as a motivational tool, with a member of staff being singled out for praise after selling the most gift cards in a pre-defined period.

Other applications include improvements in staffing levels and related behaviour, with relevant positive implications for shift patterns and training enhancements. For instance, one of the earliest (trial) M.A.R.S installations at Ron Perry & Son’s two service stations on the A19 near Hartlepool is linked to owner Ron Perry’s desktop computer and smart phone, allowing him to remotely view when queues build up in the forecourt shops and make staffing changes to minimise inconvenience for visiting motorists and other customers alike.

Are Organisations Capitalising on the Opportunities Presented by the IoT?