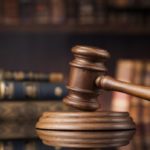 On Tuesday 4 June in Luton, Robert Dass pleaded guilty to two counts of working as an unlicensed security director and security manager contrary to the Terms and Conditions of the Private Security Industry Act 2001.

The Security Industry Authority (SIA) brought the prosecution against Dass, who admitted being the director of Roberts Nationwide Support Services Ltd. His guilty plea came ahead of a trial at Luton and South Bedfordshire Magistrates’ Court.

Dass will next appear at Luton Crown Court on Friday 28 June for proceedings under the Proceeds of Crime Act.

Nathan Salmon, the SIA’s criminal investigations manager, said: “The guilty plea entered by the defendant in this case highlights the fact that the SIA will robustly prosecute those who fail to comply with the security industry licensing regime. Our team has had previous dealings with Dass and this action seeks to address ongoing non-compliance with security regulations. Regulation exists in order to protect those who use contracted security services and the general public, and to ensure the effectiveness of the security businesses that operate within the industry.”

SIA investigators were checking licences in London in October 2017 when they discovered that Dass was identified as the manager and supervisor to security staff at one venue. Further investigation revealed that he was also acting as a shadow director. The investigators spoke to the security officers he employed. They confirmed that Dass was acting as a director, and that they viewed him as the head of the company.

SIA investigators also gathered evidence from Dass’ clients, who were ready to identify him as the ‘controlling mind’ at his trial.

Dass declined a formal interview claiming that he was sick. However, he was unable to provide evidence of his illness to the SIA. As a result, the SIA decided to prosecute him for the second time.

Salmon added: “His guilty plea this time shows that Dass continued to act within the security industry as a shadow director and manager of security operatives, trading under a different named company. Shadow directorships, and creating a ‘phoenix’ business in this manner, is unacceptable to the majority of reputable businesses operating within our industry. We have therefore moved to instigate Proceeds of Crime Act proceedings aimed at removing criminal benefits and curbing any attempted ongoing involvement in our industry.”