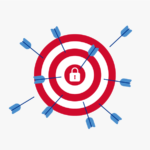 Beyond Trust has announced the release of its Microsoft Vulnerabilities Report. The research provides the latest insight into security vulnerabilities facing organisations today, as well as a five-year trends analysis designed to better equip organisations to increase their IT security posture and keep networks and systems safe.

This year’s report has identified the following highlights:

*Vulnerabilities in Microsoft Office continue to rise year-over-year, with a 121% increase over six years (2013-2018)

Further analysis indicates that, over the last five years, nearly 88% of all critical vulnerabilities published by Microsoft could have been mitigated by security teams removing admin rights from users.

“The Microsoft Vulnerabilities Report 2019 supports the importance of least privilege models, proving that reducing the number of admin users is a necessary step in the foundation of your security strategy,” said Dr Jessica Barker, co-CEO of Cygenta and chair of ClubCISO.

“The rate at which vulnerabilities are increasing is a significant concern for organisations committed to protecting their networks from data breaches,” said Morey Haber, CTO and CISO at BeyondTrust. “While organisations need to continue to focus on the security basics, the ability to remove admin rights and control applications is no longer difficult to achieve. Least privilege should be considered as part of a proactive security strategy.”

The full Microsoft Vulnerabilities Report for 2018 can be downloaded here https://www.​beyondtrust.​com/resources/whitepapers/microsoft-vulnerability-report