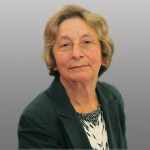 The Security Industry Authority (SIA) recently commissioned independent research to help underpin and inform a better understanding of employment profiles, patterns and barriers for women, ethnic minorities and any other individuals that share protected characteristics in the Equality Act 2010 across the private security sector.

Independent research was conducted on the Regulator’s behalf between 9 March and 8 April this year. The research included an online survey completed by 339 SIA licence holders and qualitative interviews involving some 25 individuals. The survey was conducted in confidence and, as a result, the SIA has published a basic summary of the findings.

“We hope the release of the summarised findings of this independent research will stimulate debate across the private security sector,” explained the Regulator’s chairman Elizabeth France. “In the near future, we plan to hold events at which we’ll discuss outcomes of this research with the industry with a view to encouraging debate and supporting the move to a fairer and more equal working environment.”

As of June 2015, there were 388,000 valid SIA licences held. Individuals may hold more than one licence.

There were five key areas that the Board of the SIA and Elizabeth France (as chairman of the organisation) wished to better understand as a result of the research. These are as follows:

*Barriers to the employment of women across the private security sector

*Employment patterns and any barrier to employment for those employees emanating from ethnic minorities, including their profile at all levels of the sector and an understanding of the reasons for a lower licence renewal rate

SIA licence holders are 91% male and 9% female, duly confirming a low representation of women in the private security industry (comparable only to the construction industry here in the UK).

Issues that make working in the private security sector less attractive to all potential candidates are considered to be a regressive sector, poor wages, lack of permanent and full-time work, a perceived lack of professionalism and also a perception around unsafe working conditions. In turn, these lead to an operationally challenging sector that’s deemed to be less professionally rewarding.

Female operatives and those from an ethnic minority background or with a disability consider entry into the private security sector more difficult than overall. However, female operatives are more likely to have a positive experience of the sector and state that they intend to remain in our world for the foreseeable future.

Those in the sector perceive an under-representation of females and of those with disabilities. There’s some suggestion that those from minority ethnic backgrounds (notably Asians) are well represented. The cultural make-up of the sector tends to mirror local demographics, usually with broad representation from ethnic minorities.

There’s some suspicion, however, that opportunities for more senior or more ‘attractive’ roles are somewhat limited.

The study results also show that there’s limited representation of those with physical disabilities. This is considered to be largely due to candidates’ own assessment of the private security sector’s suitability to their needs.

While racial prejudice is cited as the key reason for ethnicity being a barrier towards future progression in the private security sector, the perception of females being the weaker sex was also put forward as a key barrier for progression.

Operatives from ethnic minority backgrounds are slightly more likely to have been working in the private security sector – and for their current employer – for a shorter period of time than overall. Operatives from an ethnic minority background are more likely to earn less than £9 an hour than overall. Otherwise, conditions remain similar across different groups.

Women are more likely to be employed by a smaller number of employers than overall. They’re typically employed in a variety of job roles across the sector, but predominantly as door supervisors.

There appears to be little consistency in terms of personal attributes or work trends among females in the industry. That said, many agree that females often excel when it comes to the core valuable skills, most notably communication.

Female operatives are more likely to consider the private security sector to offer equal opportunities irrespective of ethnicity than operatives in general and those from an ethnic minority background in particular.

Entry into the security sector

Around one third of ethnic minority respondents thought it was more difficult to enter the security sector because of communications but also racist attitudes. Throughout the industry, English language deficiency is identified as the main barrier to those from ethnic backgrounds joining the sector. There’s some ‘institutional racism’ that’s not industry-specific.

Nearly half of all females who responded said they thought it was more difficult for women to join the sector’s ranks because it’s generally seen as ‘a man’s job’. The perception is that females are not attracted to the security sector partly because of pre-conceived assumptions about security work being male-dominated or requiring physical strength.

However, female operatives are more likely to be committed to achieving their career goals in the private security sector than other operatives and less likely to be actively seeking employment in another industry sector.

What about the SIA’s role?

There’s a desire for the Regulator to take a proactive role in improving industry standards and duly enhancing the private security sector’s reputation as a profession.

It emerges from the survey that female operatives are more trusting of the SIA to ensure equality and diversity across the private security sector than other operatives.

There was also support for the SIA to take an holistic approach towards improving the private security sector as a whole. In turn, this would attract a wider spectrum of individuals into the sector rather than groups being targeted on a specific basis.