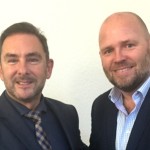 The acquisition is the result of negotiations initiated by Regency Security Services as part of its ongoing strategy of expansion and is a natural progression for a rapidly growing business that already operates throughout the UK, with offices located in Essex, Suffolk, Norfolk and Birmingham.

This deal serves to strengthen the company’s already strong presence in the South of England, as well as support its well-established and growing client base in the region.

The company also has a number of other acquisitions in the pipeline with plans to carry out further expansion in the North of the UK.

The Securidoor UK acquisition represents a strategic win for The Regency Security Group. With over 20 years’ experience gained in the sector, Securidoor UK is very well-respected within the private security industry and is both a healthy and profitable business. The company was also an ideal candidate for acquisition because it operates under a similar business model to Regency Security Services and shares the latter’s strong focus on delivering a quality and professional service based on standards that surpass industry and client expectations.

Becoming part of The Regency Security Group will enable Securidoor UK to further complement the wide range of security services the company already provides to blue chip clients and ensure those customers benefit from even higher levels of service in tandem a wider range of capabilities.

As part of the new venture, Regency Security Services will now be investing £1 million to modernise Securidoor UK’s current infrastructure and realise a state-of the-art facility.

Commenting on the deal, Gary Powers (managing director of The Regency Security Group) told Risk UK: “Securidoor has a solid growth trajectory and high potential for ongoing development within the South of England. Its reputation for excellence in the delivery of security services and its relationships with key stakeholders provide the perfect platform for us to build on both now and in the future. The continuity of a vibrant management team also allows for a seamless transition to The Regency Security Group ownership as we continue our expansion strategy into new locations across the UK.”

Sean McCarthy, director of Securidoor UK, added: “We’re very pleased that the hard work and dedication of our team in delivering the highest quality security services has been recognised by one of the leading players in our industry, and that this has resulted in our selection as one of their premier acquisitions.”

McCarthy concluded: “Regency Security Services’ strong infrastructure provides us with an unrivalled opportunity to expand our service capabilities and extend our security expertise to an even broader client base.”

Regency Security Services’ portfolio of clients includes some of the leading names in the leisure industry, among them Stonegate Pubs, Mitchells & Butlers, Wetherspoons, Marstons, AMF and Hollywood Bowl.

Since its inception in 1993, the company has recognised the need for a professional, standards-driven approach to end user security requirements and, indeed, was one of the first private security companies to be awarded Approved Contractor Scheme (ACS) accreditation by the Security Industry Authority.

In a recent ACS audit, the company scored 148 which places it in the Top 3% of security companies on a national basis.

The Regency Security Group’s headquarters are located at Regency House in Braintree, Essex.