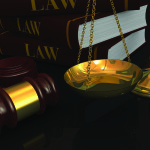 Red Rose Select Services Ltd provides security officers in Lancashire and deployed Sultana (who didn’t have a licence) and Javed, whose licence was revoked.

The Security Industry Authority (SIA) investigated and contacted Dickinson, the company’s operations manager. He admitted failing to ensure that Javed and Sultana were properly licensed, and was prosecuted for supplying an unlicensed person under Section 5 of the Private Security Industry Act 2001.

As a manager, Dickinson was also liable under Section 23 of the Private Security Industry Act 2001.

In an interview with the SIA, Robert Taylor also admitted that he had neglected to ensure that security staff were properly licensed and relied on Dickinson to do this. Consequently, he was also charged with a Section 5 and a Section 23 offence under the Private Security Industry Act 2001.

Questioning by the SIA

Accrington Magistrates Court heard that, when questioned by the SIA, Robert and Katherine Taylor denied that Katherine Taylor was a director. The SIA requested more information, but Robert Taylor failed to provide staffing records for Katherine Taylor, which is deemed a Section 19 offence under the Private Security Industry Act 2001.

SIA investigators discovered that Katherine Taylor was a director of the company, and that both she and Robert Taylor had given false information. This amounts to a Section 22 offence under the Private Security Industry Act 2001.

As a director of the business, Katherine Taylor was also liable under Section 23 of the Private Security Industry Act 2001.

The presiding Judge at Accrington Magistrates Court ruled that Javed and Sultana should pay a £180 fine, a victim surcharge of £20 and costs of £160.

Speaking about the case, the SIA’s investigations manager Nathan Salmon told Risk UK: “Red Rose Select Services Ltd, its directors and operations manager had disregard for basic safeguards to ensure their contracts were fulfilled with SIA-licensed operatives. As a director, Robert Taylor had a duty to disclose information regarding his company to the SIA. He failed to fully comply, and also provided misleading information. Katherine Taylor, another director of the company, had a complete disregard for the requirement of company directors to be licensed. The SIA robustly regulates the security industry, and will seek to prosecute those who chose to ignore the legislation that’s in place.”