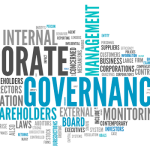 The overall quality of corporate governance in the UK remains high according to the Financial Reporting Council’s (FRC) document entitled: ‘Developments in Corporate Governance and Stewardship 2015’.

There has been a slight dip in strict compliance with the UK Corporate Governance Code, which is largely accounted for by new entrants to the market explaining evolving governance, as well as companies deciding to await the implementation in law of the EU Audit Regulation and Directive (ARD) requirements on audit re-tendering and rotation. Nevertheless, this has been accompanied by an improvement in the quality of explanations, which demonstrates a more thoughtful approach towards governance.

While there have been signs of improved engagement and more purposeful dialogue between large companies and investment managers, reporting against the Stewardship Code’s principles is said to be of “inconsistent quality”. The FRC proposal to tier signatories, first announced in December last year, will promote better engagement and ensure that asset owners and managers alike follow-up on their stated commitment to the Code’s principles.

Sir Win Bischoff, chairman of the FRC, said: “Over the past few years, the FRC has taken a series of actions to deal with the outcomes of the global economic crisis. In 2014, we amended the UK Corporate Governance Code to improve the management and reporting of risk, and also encourage companies and investors to take a long-term view. In order to help companies focus on implementing and benefiting from these changes, we’ll not substantially revise the Code for at least the next three years, but rather focus on market-led and collaborative initiatives on succession planning and corporate culture.”

Bischoff continued: “We’re very pleased with the response to our call to participate in the Culture Coalition. We’ve unearthed a real willingness from a wide range of organisations, who might not otherwise have found reason to work together, to collaborate with us and, indeed, with each other.”

He added: “The UK Stewardship Code has led to improvements in the quality and quantity of engagement between investors and companies. Effective dialogue between investors and the companies in which they allocate funds is imperative in terms of achieving sustainable long-term growth in the UK economy. We wish to maintain momentum by ensuring that signing up to the Code is a true marker of commitment.”

Key messages from the report

Governance
*Overall levels of compliance with the UK Corporate Governance Code remain high, with 90% of the FTSE 350 complying with all but one or two provisions
*Board succession planning remains key. The FRC will be following up on its recent discussion paper in 2016
*While there has been very good progress on reporting of Boardroom gender diversity policies, a “disappointing” number of companies make no reference to the broader concept of diversity (including race and experience)
*In the FTSE 100 there has been an increase (from 37% in 2014 to 51% in 2015) of companies having longer share retention periods with regards to remuneration

Reporting and audit
*The Code requirement for Boards to confirm that their Annual Report and Accounts are fair, balanced and understandable has had a significant impact on the perceived standard of reporting
*There have been improvements in Audit Committee reports, with 72% of FTSE 350 companies now giving more detailed descriptions of the work they do versus a total of 65% in 2014
*Audit re-tendering has improved, with 46 FTSE 350 companies putting their external audit engagement out to tender this reporting season as opposed to 27 previously. FTSE 350 companies’ disclosures on external auditor appointments have increased from 2% in 2008 to over 50% in the last 12 months
*Early take-up of the 2014 Code changes has been low, with companies thinking through reporting on risk management, internal controls and longer term viability

Stewardship and engagement
*Feedback on engagement between companies and investors was positive in 2015, with many feeling that the quality of dialogue has improved (and that companies are now more responsive)
*2015 witnessed an increase in shareholder voting activities at companies’ meetings, with 73% voter turnout reported for the UK
*In 2014, there was increasing concern expressed about the role of proxy advisors. In 2015, the FRC convened discussions between proxy advisors, company and investor representatives. All agreed that proxy advisors provide an important service. However, there are still ongoing tensions around perceived ‘box-ticking’. The FRC will continue to promote Best Practice in this area

‘Governance is about more than compliance’

The Institute of Directors (IoD) has welcomed the high levels of compliance with the UK’s Corporate Governance Code reported by the FRC.

Oliver Parry, senior corporate governance advisor at the IoD, told Risk UK: “The fact that 90% of the FTSE 350 businesses comply with all but one or two provisions of the Code is testament to how determined UK Boards are to remain ‘Best in Class’ for corporate governance on the global stage. The FRC should also be applauded for its work in this area. We now look forward to seeing its separate reports on succession planning and culture.”

However, Parry added a note of caution. “It’s important to remember that, although a commitment to the Code may contribute towards better governance, there are limitations in terms of what compliance can achieve on its own. Our Good Governance Initiative shows that measuring governance as well as defining it is much more difficult than just ticking boxes.”

Parry continued: “It’s also no surprise that take-up of the revised Code, introduced in 2014, has been low, with companies rightly taking their time to consider how to report on the core issues of risk management and internal controls, and also come to terms with the ‘crystal ball gazing’ that’s required to deal with the long-term viability statement. With a further consultation around the Code having only recently closed, the market may again find it a struggle to comply with the latest tinkering, particularly in respect of the EU Audit Directive’s impact. It would be more appropriate for the Code to be revised once every four years, except in the event of exceptional market developments. This would allow companies additional time to adjust towards substantive governance changes.”