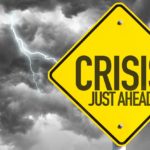 Businesses are being confronted with crises more often than might be expected and, with CEOs anticipating even more crisis events in the future, it’s no longer a matter of ‘If’ such events will hit, but rather ‘When’ they’re going to do so. That’s according to PwC’s new Pulse Survey of business leaders.

While two-thirds (65%) of the CEOs interviewed say they experienced at least one crisis in the past three years, over half have gone through two or more and 15% state that they’ve been hit by five or more crises in that time. Looking ahead, CEOs predict at least one crisis in the next three years, suggesting that managing crises may well become a ‘new normal’ for businesses.

Unpredictable and uncertain times are having a big impact on the types and frequency of crises companies are experiencing. While global economic uncertainty is seen as the biggest threat, concerns over increased regulation also loom large in CEOs’ minds with exchange rate volatility and geopolitical upheaval adding to the uncertainty.

Melanie Butler, UK partner and Global Crisis Centre leader at PwC, informed Risk UK: “Often, a crisis isn’t isolated and contained, and neither is it fleeting. Some crises are anticipated, some unlikely and some are simply impossible to foresee. Our findings suggest that crisis management is very much on the CEOs’ agenda because they’re already dealing with crises and believe they will continue to deal with them on a regular basis. It’s clear that, for the foreseeable future, the only certainty is uncertainty underpinned by continued geopolitical turmoil, sluggish global growth and fluctuating currencies.”

An overwhelming majority of the CEOs interviewed (91% of them, in fact) say they’re in charge when a crisis hits. However, with 65% feeling most vulnerable about their ability to gather information quickly and accurately during a crisis and over half (57%) feeling vulnerable because of an out-of-date business continuity plan, this suggests that businesses don’t always have a developed and clearly communicated crisis response plan in place.

Indeed, only a fifth (21%) of CEOs are planning to start a programme to address the threats within the 12 months, while 25% haven’t started a programme and neither do they intend to do so at present.

“The certainty that so many CEOs say they are in charge during a crisis is a key element of strong leadership,” continued Butler. “It needs to be supported by a strategy, a clear plan and a structure to first tackle then recover from the crisis. If the rest of the business is unclear how they should perform at a time of serious uncertainty then the CEO can quickly find themselves isolated, undermined and exposed. 38% feel there’s a lack of clarity when it comes to the responsibilities of the management team and individual teams taking independent decisions.”

In conclusion, Butler observed: “Crisis planning is critical to help organisations prepare for, recover from and respond to crises. Having a battle-tested crisis plan in place that’s ready to operate and aligned with the organisation’s purpose and value is key.”

Having a crisis plan to hand can also help companies turn crises to their advantage. That may seem counter-intuitive, but according to the responses of CEOs, 39% of them say their ability to manage a crisis well has actually contributed to revenue growth, while a further 44% firmly believe that a well-managed crisis hasn’t had a negative impact on their top-line growth.