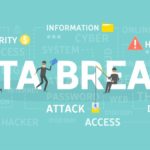 Bitglass, the next generation CASB company, has released released the findings from its latest report entitled ‘Kings of the Monster Breaches’. The company researched the three largest data breaches of publicly-traded companies from each of the last three years in order to uncover cyber security trends and demonstrate the extensive damage that can be done by improper security. Among the incidents detailed in the report are the Marriott Hotel Group breach that occurred last year, the Equifax breach of 2017 and the Yahoo! breach in 2016.

‘Kings of the Monster Breaches’ explores the causes, repercussions and company responses for each of these pre-eminent breaches. Additionally, it recaps three of the most significant cyber security incidents that affected Government agencies and private companies over the last three years. The report’s findings highlight the similarities between leading breaches and suggest that organisations have not been learning from the mistakes of their peers.

The mean number of individuals directly affected by each breach was 257 million. To date, these breaches have cost the companies involved an average of $347 million in legal fees, penalties, remediation costs and other expenses. The average post-breach market cap decrease was $742 million (this excludes the outlier Facebook breach which lost $43 billion in market cap). Also, it took an average of 46 days for the companies’ stock prices to return to their pre-breach levels. Indeed, Equifax’s stock price has yet to recover.

“The largest breaches over the past three years have caused massive and irreparable damage to large enterprises and their stakeholders around the globe,” said Rich Campagna, chief marketing officer at Bitglass. “This should serve as a stark warning to organisations everywhere. If massive companies with seemingly endless resources are falling victim to external attacks, then it follows that companies of all sizes must remain vigilant in their cyber security efforts. It’s only by taking a proactive approach to security that breaches can be prevented and data can truly be kept safe.”

*To learn about the biggest data breaches of the past three years as well as their devastating repercussions, download the full report here: https://pages.bitglass.com/CD-FY19Q2-Kings-of-the-Monster-Breaches_LP.html