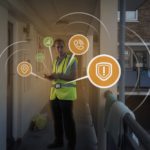 With the New Year in sight, Reliance High-Tech is reminding all UK public sector and not-for-profit organisations that they only have until 30 April 2017 to sign up for or renew a contract for its Reliance Protect lone worker safety service package via an exclusive NHS Framework Agreement.

The NHS Framework Agreement was originally introduced in 2009 and renewed in 2013 to encourage the NHS and wider public sector organisations to create safer conditions for staff working alone, often in community-based roles.

From 30 April next year, public sector organisations will not be able to take out any new contracts via this Framework for lone worker solutions. However, any organisation signing a contract with Reliance Protect before the deadline can continue to benefit from this lone worker solution package for up to another five years until 2021, knowing that Reliance Protect currently supports upwards of 40,000 users on contracts through to that year.

Chris Allcard, head of lone worker services at Reliance High-Tech, said: “Despite increasing costs, we’ve bucked industry trends and maintained our 2013 prices over the four years of the current Framework. Aware of the financial pressures facing the public sector, our intention is to keep the current prices fixed for all customers under the NHS Framework Agreement, including for those organisations who sign new contracts before the 30 April deadline.”

Allcard added: “We will continue to upgrade the service as new technologies come on stream. We’re making major investments in staffing levels and systems support, including a new online customer portal with far greater functionality, features and benefits. Reflecting changing user needs, we’ve strengthened the service over four years by adding flexibility around sharing devices to cater for a more mobile and flexible workforce, along with improved monthly reporting to enhance insights into usage patterns.”

He continued: “Other new features include a roaming SIM card service option for staff in remote areas where mobile phone coverage may be weak, plus a new welfare check system to give staff and managers additional reassurance. What’s more, the team manager and ‘Train The Trainer’ courses we’ve developed have been extremely popular.”

Since 2013, more than 33,000 red alerts have been handled by Reliance Protect for NHS Framework Agreement customers. Users have logged more than 3.4 million amber alerts, enabling them to provide notifications of potentially vulnerable situations including details of locations due to be visited, the nature of the tasks to be performed and risks duly identified.

The average number of amber alerts per device has risen from six to eight per month over the last 18 months, demonstrating that the devices are increasingly being adopted as part of the daily routine of working safely.

In the same period, Reliance Protect has handled 12,500 requests from users and managers, while almost 2,000 lost, stolen or damaged devices have been replaced free of charge. More than 33,000 people have been trained in more than 4,300 user training sessions.

Furthermore, upwards of 3,400 devices have been redeployed to ensure new staff coming in have access to a device on a rapid footing.

Underpinning this activity has been the delivery of high service levels. These include swapping out a minimum of 90% of all faulty devices within one working day, resolving a minimum of 65% of queries on the initial phone call into customer support and picking up a minimum of 98.5% of all alarms within ten seconds.

The NHS Framework Agreement eliminates the day-to-day burden on public sector employers of procuring, implementing and running their own lone worker protection operations. It offers an easy and cost-effective way for employers to mitigate risk, fulfil their Duty of Care and create a safer working environment via a service that’s fully transparent, constantly monitored and accountable to rigorous NHS benchmarks.

The service combines personal protection devices with the full assurance of swift back-up in the event of a threat or concern. Accredited to the most stringent standards (including BS 8484), the service affords field workers, community-based employees and other public sector staff who may face verbal or physical abuse at work the peace of mind that emergency support is available at the touch of a button.