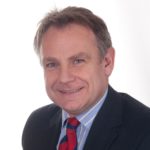 The commercial impact on the Byron hamburger chain from the recent protests by immigration campaigners should be a warning to retailers, restaurants and entertainment venues of the need to monitor opinion and have contingency plans in place to deal quickly with any security issues that arise from protests or malicious acts, writes Simon Chapman.

Demonstrators, protesting at the actions of the immigration service in detaining staff working for the hamburger chain, are reported to have lined the pavements and waved banners outside some Byron restaurants. The burger business has pleaded with protesters to respect the safety of customers and staff after activists said they released thousands of insects – including locusts and cockroaches – into one of the chain’s branches.

Byron was founded in London in 2007 by Tom Byng, who developed the idea for the company while living in New York. The chain was previously owned by Gondola Group, which also owns the restaurant chains Ask, Pizza Express and Zizzi, but it was eventually sold to Hutton Collins Partners in October 2013 for a reported £100 million.

Mitigating some of the risks

The damage to business arising from protest action by interest groups can be considerable. It’s a problem that can develop very suddenly, sometimes as a consequence of issues that a business may be unable to anticipate or have little or no control over. However, there are sensible steps you can take to be alert as early as possible to any potential problem, and mitigate some of the risks and consequential damage to the business.

Firs, businesses can watch out for danger signals and tell-tale warnings of issues that might escalate to become a commercial problem. Steps include monitoring social media for any signs of criticism or protest, and also using customer research both in-store and online to gauge opinion and identify potential problems, whether they’re related to service, employment, environmental or other matters.

A monitoring programme should include mystery shopping and test purchasing so as to understand the customer experience and find out exactly what’s happening in-store. With trained researchers posing as customers, the service can be used periodically to enable managers to test and assess processes and practices and ensure that there’s compliance in relation to security and Health and Safety as well as broader customer service issues.

For businesses with multiple branches nationally, key to this activity is collecting and managing this information centrally. Data can then be assessed and acted upon promptly, with advice or instructions sent quickly to individual outlet managers on precautions that might need to be taken.

The Intelligence Centre can deploy security and repair services to ensure a fast response to an imminent threat. Contingency services at Lodge Service, for example, include the immediate despatch of security officers to locations on an ad hoc basis, 24-7.

If the police consider that there’s a real and present danger of civil unrest, injury or damage to property, they may deploy officers to guard a site. However, this protection will be finite. There’s reassurance for companies in being able to draw upon an independent resource for the protection of people and property for as long as is necessary.

If commercial damage is caused by protesters, there may be an opportunity to make a claim for civil recovery. This enables organisations to deter crime and recoup losses through civil law remedies. Users of the service can pursue compensation for associated investigation and management costs, as well as any disruption to the business.

On-site CCTV systems are important, of course, for collecting data, assembling evidence for any criminal charges by the police, as well as a civil recovery action. Ideally, the data should be received centrally at the Intelligence Centre, both to check for consistent quality across the outlet network and also for secure storage.

Additionally, organisations should consider the personal safety of their staff, and particularly of managers on site who may be targeted with abuse, threats or worse. The fear of any physical threat may be greater than the reality, and probably is, but a precautionary plan can provide reassurance. This might include deploying a smart phone application, such as the Lodg:IC app, which staff can use instantly to alert the Intelligence Centre operators by simply touching their smart phone screen when the app is active.

These measures are integral to sound contingency planning. The outsourcing and centralisation of data – with the branch network linked over the Internet to a Control Centre – means that the plan can be put instantly into effect, and then controlled and managed during the course of any incident.

It also enables you to run through some scenario planning and record how the organisation responds to a live event. This then assists any further changes to the plan to be effected.

Usually, protests die down and end as activists lose interest and move on to another target. What matters is that the organisation can minimise the risk of damage as well as any actual damage, but also that the directors keep their nerve and don’t act hastily, based on the full knowledge that they have a sound contingency plan and supporting systems in place.