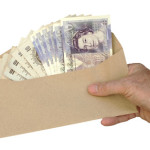 Multinational companies are failing to treat anti-bribery and corruption as one of their main priorities, with the majority (59%) reporting a culture of ‘profits over prevention’ and 44% not honouring the matter with a place on the Board of Directors’ agenda. That’s according to a new study conducted by international law firm Hogan Lovells.

This failure, together with the drive to enter new markets and the multi-jurisdictional reach of authorities such as the SEC and the SFO, is leaving many businesses open to the potential risk of significant fines, criminal prosecution and personal liability.

The study report, entitled ‘Steering the Course: Navigating Bribery and Corruption Risk’, is based on interviews with 604 chief compliance officers (CCOs) and equivalent roles in more than 600 of the world’s largest organisations across Europe, the US and Asia. Respondents were based in the UK (101), Germany (102), France (100), the US (151), China (57), Singapore (52) and Japan (41).

Each of the companies taking part had a minimum of 2,000 employees and at least a £250 million turnover, operating in one of four sectors: life sciences and pharmaceuticals (124), energy, minerals and resources (138), transport (including aviation and automotive) (152) and technology, media and telecoms (190).

The struggle to balance anti-bribery and corruption procedures with the demands of running a successful business is apparent at all levels, with staff primarily motivated by hitting their monthly sales targets. According to the study, 59% of CCOs say people fear losing their jobs if they miss a target, while 57% suggest that sales pressure and incentives are one of the biggest challenges to reducing bribery and corruption risk.

More than half (53%) of CCOs also report resistance due to compliance procedures conflicting with ‘getting the job done’, while 53% admit anti-bribery and corruption is seen as an unnecessary headache that ‘gets in the way’ of day-to-day operations.

The study reveals that two thirds (66%) of CCOs feel their company is better at creating anti-bribery and corruption programmes than implementing them, particularly across international borders. Programmes fall short in several critical areas, including tailoring guidelines to local markets, training staff and setting the right tone at the top.

Despite two thirds (60%) of CCOs saying that cultural differences cause a lack of support for anti-bribery and corruption, 28% of companies don’t actively tailor their approach to different markets and 43% do not make anti-bribery and corruption guidelines available in local languages. This could be preventing people from understanding the real essence of how employees should behave, leaving them to determine what’s acceptable conduct based on their personal moral compass or local customs. 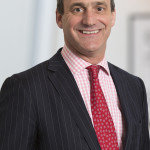 Crispin Rapinet, the global head of investigations, white collar crime and fraud at Hogan Lovells, commented: “The biggest challenge for multinational companies is to translate anti-bribery and corruption policies into effective guidance on the ground. Businesses need to make sure they’re doing everything that’s legally expected of them across all of the jurisdictions in which they operate, to provide evidence that they help people decide what’s acceptable and what constitutes bribery and corruption.”

Rapinet continued: “With regulators and prosecutors around the world uniting in the battle against bribery and corruption, and enforcement growing – even in those countries where, historically, there has been minimal or no enforcement – multinational organisations cannot leave their survival up to chance. They must take proactive steps now to make it abundantly clear that anti-bribery and corruption is in their company’s DNA.”

The study reveals that CCOs and their teams are still struggling to close the gap between them and the rest of the business, creating an additional and major barrier to anti-bribery and corruption climbing the corporate agenda.

Three fifths (61%) of CCOs do not report directly to the CEO, reducing their opportunities to educate and counsel them. 58% of CCOs say their advice to the CEO is filtered. Furthermore, anti-bribery and corruption isn’t a standing item on the Board agenda in 44% of companies, while 57% of CCOs say important operations or parts of the business are “hidden” from them, effectively meaning that they cannot be controlled.

Fit for the future?

At the same time, corporates are feeling the pinch of regulatory enforcement on the global stage, with two thirds (69%) of CCOs agreeing that regulatory pressure is increasing and many Governments now issuing regular statements about zero tolerance to the media.

Rapinet added: “It’s clear that, whoever you are and wherever you may be, no part of the world is untouched by the drive for transparency. Compliance officers need to use global examples of this to build the case for greater prioritisation of anti-bribery and corruption, identify the gaps in their own business and persuade their Board of Directors to take the necessary steps to quickly increase their defences.”

In conclusion, Rapinet told Risk UK: “Similarly, employees need to understand how they make the decision between striving for greater profit and managing the bribery risks. This requires both training at a local level and a real belief that the senior management team is fully committed to an ethical approach. Most businesses are under pressure on costs, but there are some cost-effective steps that can be taken to mitigate this risk and provide a better defence should your business come under the scrutiny of a prosecutor.”