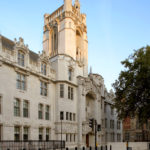 After a five-year battle with the Government, Privacy International has won at the Supreme Court, which has ruled that the Investigatory Powers Tribunal’s (IPT) decisions are subject to judicial review in the High Court. The Supreme Court’s judgement is said to be “a major endorsement and affirmation” of the rule of law in the UK. The decision guarantees that when the IPT gets the law wrong, its mistakes can be corrected.

The leading judgement of Lord Carnwath confirms the vital role of the courts in upholding the rule of law. The Government’s reliance on an ‘ouster clause’ to try to remove the IPT from judicial review failed. The judgement confirms hundreds of years of legal precedent condemning attempts to remove important decisions from the oversight of the courts.

Privacy International’s case stems from a 2016 decision by the IPT that the Government may use sweeping ‘general warrants’ to engage in computer hacking of thousands or even millions of devices without any approval from a Judge or reasonable grounds for suspicion. The Government argued that it would be lawful in principle to use a single warrant signed off by a Minister (not a Judge) to hack every mobile phone in a UK city and the IPT agreed with the Government.

Privacy International challenged the IPT’s decision before the High Court. The Government argued that even if the IPT had the law completely wrong, or had acted unfairly, the High Court had no power to correct the mistake. That question went all the way to the Supreme Court and resulted in this latest judgement.

In his judgement, Lord Carnwath wrote: “The legal issue decided by the IPT is not only one of general public importance, but also has possible implications for legal rights and remedies going beyond the scope of the IPT’s remit. Consistent application of the rule of law requires such an issue to be susceptible in appropriate cases to review by ordinary courts.”

Caroline Wilson Palow, Privacy International’s general counsel, responded: “This judgement is an historic victory for the rule of law. It ensures that the UK’s intelligence agencies are subject to oversight by the ordinary UK courts. Countries around the world are currently grappling with serious questions regarding what power should reside in each branch of Government. This ruling is a welcome precedent for all of those countries, striking a reasonable balance between executive, legislative and judicial power.”

Wilson Palow added: “The ruling paves the way for Privacy International’s challenge to the UK Government’s use of bulk computer hacking warrants. Our challenge has been delayed for years by the Government’s persistent attempt to protect the IPT’s decisions from scrutiny. We’re heartened that our case will now go forward.”

Simon Creighton of Bhatt Murphy Solicitors, who acted for Privacy International, said: “Privacy International’s tenacity in pursuing this case has provided an important check on the argument that security concerns should be allowed to override the rule of law. Secretive national security tribunals are no exception. The Supreme Court was concerned that no tribunal, however eminent its Judges, should be able to develop its own “local law”. The decision welcomes the IPT back from its legal island into the mainstream of British law.”