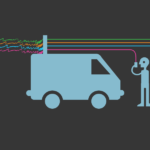 Privacy International has filed an appeal challenging police forces’ refusal to disclose information on their purchase and use of IMSI catchers. IMSI catchers are surveillance tools which mimic mobile phone towers, tricking phones into connecting with them and revealing personal information. Some IMSI catchers can also intercept data, including the content of telephone calls, text messages and Internet traffic, and even edit communications or block service.

An IMSI catcher is able to gather data about everyone’s phone in its vicinity. The technology could be used at public events such as demonstrations to help identify everyone in attendance.

In 2016, Privacy International submitted Freedom of Information requests to police forces identified by media collective The Bristol Cable as having purchased the monitoring tools. Each force refused every category of the request on the grounds that they could ‘neither confirm nor deny’ whether they held the information.

Represented by Human Rights campaign organisation Liberty, Privacy International is challenging the police forces’ reliance on a ‘neither confirm nor deny’ position, which has allowed the secret purchase and deployment of this intrusive and indiscriminate surveillance technology for years.

The police’s refusal to disclose this information means the public remains in the dark about the implications for privacy rights, free speech and freedom of association.

The forces’ stance is supported by the Information Commissioner’s Office. Privacy International and Liberty argue that it’s a violation of the Freedom of Information Act and have now appealed to the First Tier Tribunal.

Scarlet Kim, legal officer for Privacy International, said: “For years, the police forces have relied on a knee-jerk ‘neither confirm nor deny’ reaction to requests for information about their purchase and use of IMSI catchers, even as reports continue to trickle out that they’ve spent hundreds of thousands of pounds on this technology. This secrecy is all the more troubling given the indiscriminate manner in which IMSI catchers operate. These tools are particularly ripe for abuse when used at public gatherings, such as protests, where the Government can easily collect data about all those attending.”

Kim added: “The purpose of the Freedom of Information Act is to empower the public to seek this very type of information – information about Government activity that impacts the rights and lives of millions across the country. Instead, police forces have attempted to strip it of its very meaning. We hope that the First Tier Tribunal will finally permit us to shed much-needed light on police use of this intrusive surveillance technology.”

Megan Goulding, lawyer for Liberty and Privacy International’s solicitor, stated: “We welcome the Tribunal’s examination of an inept system where public bodies are free to ‘neither confirm nor deny’ they hold significant information with next to no rigorous scrutiny of their position. It’s vital the public is able to access information on the indiscriminate surveillance technology used against it. We hope the Tribunal acknowledges the threat to our rights and encourages a more diligent approach from the Information Commissioner’s Office.”

Background to the action

Privacy International has been fighting for nearly two years for the disclosure of information related to UK police purchase and use of IMSI catchers.

Each force responded to say it could ‘neither confirm nor deny’ that it held the requested information.

In July this year, in an appeal to the Information Commissioner’s Office, Privacy International successfully argued that police forces cannot ‘neither confirm nor deny’ that they hold information in relation to legislation, Codes of Practice or brochures/other promotional materials related to the surveillance tools.

However, the Information Commissioner’s Office said police could ‘neither confirm nor deny’ that they hold information for several other categories of information – including policies or other guidance related to the regulation of IMSI catchers as well as contracts and other records related to the purchase of this technology.

Privacy International and Liberty argue that this decision violates the Freedom of Information Act and are seeking disclosure of these records.

The organisations argue that the police should not be allowed to hide behind ‘neither confirm nor deny’ in order to keep the public in the dark about the purchase and use of this intrusive and indiscriminate mobile phone surveillance technology.

The public has a right to know how its funds are being expended and how police surveillance may seriously interfere with their civil liberties and Human Rights. Without the information requested by Privacy International, the public cannot properly debate, scrutinise and hold the police accountable for their actions.