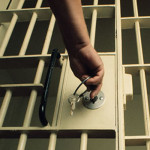 The radical reforms will ensure Britain’s prison system is fit for purpose in the 21st Century, while the new prisons will allow the Government to close old Victorian prisons in city centres and sell the sites for new housing.

This will allow over 3,000 new homes to be built, boosting house building in urban areas and helping thousands of working people to achieve their dream of owning a home. The Victorian prison site at Reading will be the first to be sold.

Around 10,000 prison places will move from outdated sites to the new prisons, significantly improving rehabilitation and saving around £80 million per year due to the reduced costs associated with today’s more modern facilities.

Chancellor George Osborne said: “This latest Spending Review is about reform as much as it is about making savings. One important step will be to modernise the prison estate. So many of our jails are relics from Victorian times located on prime real estate in our inner cities. We’re going to reform the infrastructure of our prison system, building new institutions which are modern, suitable and rehabilitative. We will also close old, outdated prisons in city centres and sell the sites to build thousands of much-needed new homes.”

The Chancellor added: “This is a move designed to save money, reform an outdated public service and create opportunity by boosting construction jobs and offering more people homes they can buy.”

Five of the new prisons are scheduled to be open before the end of this Parliament. The Government will also complete the new prison being constructed in Wrexham and expand existing prisons in Stocken and also at Rye Hill.

Currently, half of the convicted criminal population re-offend within one year of being released, while nearly 50% of all prisoners go into prison without any qualifications to their name.

The Chancellor and Justice Secretary made their announcement ahead of a visit to Brixton prison, a Victorian prison in South London.

Justice Secretary Michael Gove explained: “This investment will mean that we can replace ageing and ineffective Victorian prisons with new facilities fit for the modern world. We’ll be able to design out the dark corners which too often facilitate violence and drug-taking, and we’ll be able to build a prison estate which allows prisoners to be rehabilitated such that they turn away from crime.”

In conclusion, Gove commented: “It’s only through better rehabilitation that we will reduce re-offending, cut crime and make our streets that much safer.”

The Spending Review details £1.3 billion of capital investment over the next five years to transform the prison estate so that it better supports rehabilitation.

There will be more than £700 million of investment in the courts and tribunals system to create a swifter, more proportionate justice system estimated to generate savings of approximately £200 million per annum from 2019-2020.