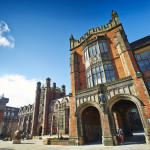 From Friday 18 September 2015, universities and colleges across the country are legally required to take steps aimed at preventing their students from being drawn into terrorism.

Introduced as part of the Counter-Terrorism and Security Act 2015, the Prevent duty came into effect for key bodies including schools, healthcare organisations and the police service on 1 July. The duty has now commenced for higher and further education institutions after guidance specifically addressing the issue of extremist speakers was approved by Parliament on Thursday 17 September.

Speaking about this latest development in the fight against the terror threat, security minister John Hayes said: “We have seen all too starkly and tragically the dangers of radicalisation and the devastating impact it can have on individuals, families and communities. The new Prevent duty is about protecting people from the poisonous and pernicious influence of extremist ideas that are used to legitimise terrorism.”

Hayes went on to comment: “There is absolutely no place for hate preachers at British colleges and universities and there is no place for those who excuse, justify or try to legitimise terrorism in British society. Safeguarding those who are vulnerable and at risk of radicalisation is a job for all of us.”

The new guidance makes clear that extremist speakers must not go unchallenged and ensures colleges and universities have proper risk assessment processes in place for their speakers. 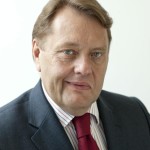 The Government’s guidance also sets out that institutions must ensure that they have appropriate IT policies, staff training and student welfare programmes in place to recognise and respond to signs of radicalisation.

This latest move from the Home Office comes as young people continue to make up a disproportionately high number of those arrested in the UK for terrorist-related offences and, indeed, of those travelling to join terrorist organisations in Syria and Iraq.