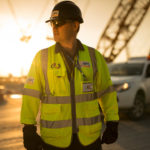 The elite training and education regime behind the men and women keeping thousands of workers safe at Hinkley Point C, the first nuclear power station to be built in the UK in a generation, have been unveiled by solutions provider G4S. Risk Xtra concentrates on the fine detail.

In late July, at the construction site of the first new UK nuclear power station in a generation, namely Hinkley Point C, a member of the workforce suffered a sudden heart attack. In a public place, when someone suffers a severe medical episode, a friend or passer-by does what they can before contacting the Emergency Services, who immediately rush to treat them. In the case of a rigorously-secured, 430-acre construction site on which a high-tech nuclear power station is being built in England’s South West, matters are much more complicated.

“This isn’t the same as a heart attack in public,” explained Alistair McBride, G4S’ director in charge of security on the site. “It’s about a lot more than a phone call.”

The 50-year-old man’s heart attack triggered a complex – but rapid – system of responses from on-site ambulance and fire crews, the site duty manager and security personnel. Within four minutes, a medic was assessing him and a decision quickly taken to call 999. They then met the Somerset ambulance outside the site, briefed them and escorted them through the mass of cranes and heavy equipment. 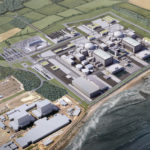 Thankfully, the man is now on track to make a full recovery, in part due to the expertise of G4S’ Enhanced Security Officers, the elite team manning the site of the UK’s first nuclear power station in 30 years.

While G4S has global experience of handling major events – the 2019 ICC Cricket World Cup and the British Summer Time music festival at London’s Hyde Park, for example – managing Critical National Infrastructure requires vastly different skills. On a nationally significant project like EDF Energy’s Hinkley Point C, which has an evolving perimeter and will see up to 5,600 workers on site at its peak, posting officers along the fence isn’t enough.

“Enhanced Security Officers are an absolute game-changer,” suggested Noah Price, head of solutions development at G4S and the man who helped develop the specialist officers’ training course. “Their training is second to none. The leadership, the community spirit… They’re treated as a proper partner. In this day and age, it’s about realising when this standard is necessary.” 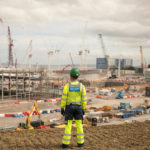 In Alistair McBride’s view, G4S’ Enhanced Security Officers are some of the most well-trained and well-equipped in the world. They’re put through a course that spans three months, during which time they’re exposed to all the areas and elements of a site the size of a small town. They’re taught the language to use over radio, real-time reporting, conflict management, how to manage a situation with protesters and more.

“It’s a course specific to this site,” observed Andy Hines, G4S’ security delivery manager and a former Special Forces soldier. “We teach them more police awareness in case there’s an incident, like how to section off the area and help preserve the evidence. We don’t want a security officer who just stands there all day. We want an officer who’s proactively communicating and reacting.”

The approach has paid dividends. In an industry that has an average annual staff turnover of roughly 30%, Hinkley Point C’s team of about 200 stands in stark contrast. At present, there’s a turnover rate of just 2%.

Those who become Enhanced Security Officers don’t stop learning. Every year, each of the four teams of officers complete an off-site refresher course over two days that boosts their incident management, physical intervention and trespass and protest scenarios skills. They leave training with a Level 3 City & Guilds qualification, as well as accreditation in emergency First Aid and physical intervention.

“We knew it worked after we ran our first course and, on the officers’ first shift the next day, there was a suspicious vehicle,” stated McBride. “There was a security officer shouting an ‘A to H’ description – a military tool to describe everything from Age to Height – to describe the driver. At dusk, this guy was shouting this out, and his only experience was the ESO course. The client and I were sitting in the office saying: ‘Well, that worked’.”

View of the client 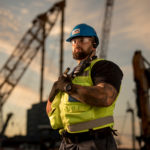 Frank Cannon is EDF Energy’s site security manager for Hinkley Point C and in charge of G4S’ security contract. With 37 years’ experience in the military and security industries, he works closely with McBride and his team. They speak on a daily basis.

“Probably hourly,” said Cannon in conversation with Risk Xtra. “If you took an Enhanced Security Officer from Hinkley Point C and put them at a supermarket, they would be the wrong person for the role. The unique selling point is how appropriate the training is for the working environment. They have enhanced skills for the services I want on a complex and ever-changing construction site.”

Recruitment is part of the journey. About half of G4S’ Enhanced Security Officer have some history in the military, though they also range in broader life experience, gender, nationality and physical presence. Ages range from 20 to 68.

30-year old Joe Palmer suffered a shoulder injury while training for the Royal Marines. “I’m a fireman now, and I’m doing this too,” he said. 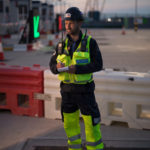 Sam Chung spent 23 years in the marines, finishing as a physical training instructor. Since leaving, he has worked in security on a wind farm in Bangladesh and in North West Africa at a mine. “This is an enormously large and complex deployment to work in,” he said. “It has plenty of challenges for the guys, but that’s great. It stretches individuals and gives them a chance to grow into the different challenges.”

Mike Pinfield has been a security officer for a decade. “I’ve done all kinds of stuff. Dog handling, event security, terror patrols, building and construction. Nothing as big as this, though” he explained. “Here, you’re not just a security officer.”

Hinkley Point C’s Enhanced Security Officers come from all over the world, in fact. Grzegorz Kapala moved from Poland to the UK in 2005 and spent a decadce working at a yoghurt factory. “I never want to see yoghurt again,” he said, laughing. “I came here three-and-a-half years ago. I want to change something in my life. I think it’s going to be a really good opportunity.”

Kapala had completed national service in Poland, but “nothing major”. He continued: “This place gives me good experience and background,” he said. “It’s not many people who can say they’ve worked on this kind of project.” As a supervisor, Kapala now leads a team of about 16.

Paola Carlone moved from Uruguay and had been doing reception security in London. She has been working on one set of Hinkley Point C’s entrance turnstiles, welcoming some of the many thousands of people who work on the site each day. “It was a big change for me,” said Carlone. “People are a little sceptical when I say I work in security. I’m not big and tall, but we’re trained well and there are a lot of opportunities.” 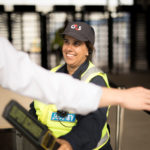 Dhiraj Gurung, meanwhile, is a former member of the British Gurkha regiment, well-known as an elite group of soldiers from Nepal. He has been working at Hinkley Point C for eight years now, and is one of several former Gurkhas working as Enhanced Security Officers. Gurkhas have a long history of working in G4S.

“You have this wonderful synergy when you bring in a diverse group of ages, ethnicities, genders and orientations,” enthused Noah Price. “We talk about culture, and we talk about what the definition of culture is. I like to use the definition: it’s how people behave when they’re not being watched.”

Focusing on the operation 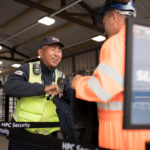 In a temporary building near the centre of the 430-acre site, officers sit in the Security Control Room monitoring hundreds of remotely-operated cameras and an advanced perimeter detection system. They’re in constant communication with the mobile patrol Enhanced Security Officers, officers on the entrance turnstiles, those on the eastern and western ends of the 13.5 metre-high sea wall and the officers at the purpose-built jetty.

“We control the whole security response,” commented George Arey, the Control Room manager, said. All incidents are logged and managed using G4S’ own RISK360 software. Around 180 men and women, supported by 90 or so operational staff, will safeguard three million tonnes of concrete, 230,000 tonnes of steel and more than 50 cranes, including one – the world’s largest – that can lift a weight of 5,000 tonnes.

Meanwhile, members of the public are regularly guided through the site, as are visiting officials, representataives of regulatory bodies and those planning future major infrastructure builds. 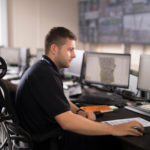 “We don’t do security,” said Alistair McBride. “Rather, we do everything securely.”

There’s a financial incentive to smooth operations. A single day of missed work can be extraordinarily costly, and allowing 4,000 contractors and EDF staff on to the site is a feat involving a mastery of organisation and security.

The project, which began construction in 2016, is still relatively early into the construction phase. G4S won its contract in 2015 and the project is due to commission its first reactor in 2025. There are many more days to come where things need to run well.