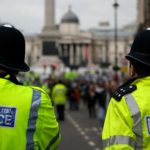 The Home Affairs Select Committee has launched an inquiry into ‘Policing for the Future: Changing Demands and New Challenges’. Written submissions for this inquiry should be submitted online by noon on 16 February 2017.

Advances in technology have led to the emergence of new forms of crime and enabled other crimes to move online, changing their nature and impacting on victims and communities. Technological change has also generated new opportunities for the police service at a time of increasing focus on efficiency and innovation.

Set against this backdrop, there remains a complex relationship between public expectations of the police service and the operational realities of modern-day policing. Police forces collectively have seen funding reductions of around the 19% mark since 2010-2011, accompanied by a significant reduction in the size of the police workforce.

Many crimes are under-reported to the police and require proactive engagement with certain communities, while a large proportion of police time is presently devoted to non-criminal activity, such as mental health crisis work.

This Home Affairs Select Committee inquiry is looking to explore the challenges of modern policing and examine whether police forces in England and Wales are sufficiently equipped and resourced to keep the public safe and respond effectively to evolving demands as well as changing patterns of criminality.

Written evidence is invited on the issues set out below, but submissions don’t need to address all of them:

*current and future crime trends and their implications for policing in England and Wales, including emerging or growing categories of crime (such as online crime) and under-reported types of criminality

*the extent to which the police are sufficiently equipped to deal with these changing patterns of crime and other operational demands, such as mental health crisis work, and where gaps in capacity and capability are likely to lie

*the relationship between public expectations of the police service, including desired visibility and perceived priorities, and the operational realities of policing when set within the current financial context

*police funding levels, efficiency and cost-effectiveness, including the role of Police and Crime Commissioners in driving innovation and reform

*the role of digital technology in policing, including take-up, risks and barriers to use

*international Best Practice examples of innovation in policing, and the extent to which they could be replicated in England and Wales

Quest to safeguard the public

Launching the inquiry, Yvette Cooper (chair of the Home Affairs Select Committee) said: “Police forces are facing multiple new and emerging challenges in their quest to protect the public from harm, including the growth of online crime and the pressures generated by non-crime demands, such as mental health crisis work. Ongoing funding reductions mean that there’s continuing demand for new efficiency measures, while technological change provides new opportunities for innovation.”

Cooper added: “The Home Affairs Select Committee is launching a major inquiry into ‘Policing for the Future’ to examine whether the police service harbours appropriate capabilities to deal with modern challenges to public safety, changing patterns of crime and new ways of engaging with the public whom it serves. We’re seeking written and oral evidence on the reforms which might be required to ensure that our police service is fit for purpose, cost-effective and open to innovation and technological change.”