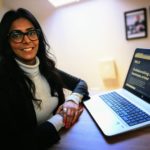 A high-level review which admits existing police technology is struggling to fight industrial levels of cyber crime and recommends recruiting ‘modern’ teams from other sectors to tackle the avalanche of cases has been welcomed by the National Business Crime Solution (NBCS), the not-for-profit data sharing platform that allows retailers to track organised fraud impacting their businesses.

The review of the performance of reporting service Action Fraud, which was carried out by Sir Craig Mackay, the former Deputy Commissioner of the Metropolitan Police Service, said the service was failing to answer one third of calls and suffered from ‘disturbing’ problems including a high turnover of outsourced civilian staff as well as ‘unacceptable delays’.

As a result of the review, as much as £60 million could now be redirected to fraud policing as part of a national overhaul to fund 400 new officers and staff in regional fraud squads and assist recruitment for experts from the private sector.

“Many retailers have been critical of Action Fraud for a number of years, and especially so concerning the system’s inability to allow the bulk reporting of cases,” explained Simran Baghara, fraud and legal services manager for Claims Detect Online, the fraud detection arm of the NBCS. “If this review has achieved anything, it’s the fact that the police can collaborate with other sectors including retailing and banking, where many of the experienced analysts actually reside.”

Link between Action Fraud and the NFIB

Part of the issue was the link between Action Fraud and the National Fraud Intelligence Bureau (NFIB) which decides which cases should be escalated to police forces for investigation. In his report, which is now being studied by the Home Office, Sir Craig wrote that an integral part of the NFIB’s computer system, which matches crimes having similar features such as the same bank account, is “malfunctioning” while larger networks of offenders are, in effect, beyond the reach of law enforcement.

This resulted in backlogs of tens of thousands of cases with staff having to resort to trying to group cases manually in a spreadsheet and saying they feel that “they can no longer work effectively to identify criminals and help bring them to justice”.

Sir Craig found the computer system needed urgent repair and “the future of fraud investigation in the UK is dependent on it”. He wrote that the lack of staff and the computer problems have created a “perfect storm”.

Baghara added: “This is a brave report which admits the police cannot tackle fraud on their own. We work across multiple retailers with the aim of spotting fraudulent claim data and modus operandi. We would be happy to work collaboratively with officers and our customers to share our anonymised data as it may assist in disrupting organised fraudulent behaviour.”

*only one in every 200 officers was dedicated to investigating fraud even though there were almost four million incidents of fraud per year in England and Wales, representing more than one third of all crimes

*fraud has been spelt “fruad” for a year on one page of the Action Fraud website despite complaints from victims. The change has not been made because of worries that the outsourced firm running the website may charge to edit it