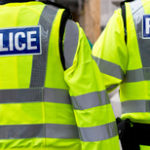 Traumatised police officers are flocking in ever greater numbers to a support programme for ‘vulnerable and at risk’ cases. According to the Police Federation, the number of individuals accessing the dedicated Welfare Support Programme Hotline has nearly tripled in just five months, with 311 people currently registered on the scheme.

Three of them were saved from suicide after intervention by trained staff, while hundreds of other officers are being carefully monitored for their own health and well-being.

“Obviously, these are the most serious cases, but we’re definitely witnessing a marked increase in the number of police officers suffering from severe mental health issues,” explained John Murphy, Health and Safety lead for the Police Federation of England and Wales which set up the programme alongside the Police Firearms Officers Association (PFOA).

“The scheme is literally a lifeline for those who are down, feeling isolated and considered at risk, having been through a traumatic episode or for some other reason,” added Murphy. “We’ve been involved with officers who have gone missing and were considered high suicide risks. In other cases, we’ve been able to step in when officers felt unable to engage with their own force’s welfare support team or the National Health Service wasn’t able to help.”

Mark Williams, chief executive of the PFOA, commented: “There are now over 300 people on the programme. That’s from a starting point of just two last summer. Each month, we’re seeing an increase in calls and referrals. There are now 35 police forces registered, plus the Ministry of Defence and the British Transport Police. If the programme saved just one life, it would all be worth it, but the fact that we’re helping so many officers within such a short timeframe demonstrates there’s a real crisis out there. We’re also being proactive, reaching out to vulnerable officers who have been identified to us, perhaps because they’re on long-term sick leave. Most importantly, we’re open on a 24/7 basis so we can step in when people are at their lowest ebb.”

A recent survey conducted by Mind, the mental health charity, revealed that 5% of the staff members and volunteers they/ve interviewed from the police, fire, ambulance and search and rescue services had made an actual attempt to take their own lives

The fact that officers are driven to consider suicide comes as no surprise to the PFEW’s mental health lead Che Donald. He explained: “There have been unprecedented Government cuts to police officer numbers since 2010, with forces losing a combined total of up to 20,000 officers. However, the demand placed on the police service hasn’t decreased, with overall crime rates going up. This includes large increases in violent crime.”

According to Donald, police officers have never felt so vulnerable. “They’re often working in highly stressful, fast-moving environments along with being exposed to horrific situations. This inevitably takes its toll. Coupled with the recent announcement that police officers are currently owed in excess of 400,000 rest days – which normally provide essential time for them to relax and re-charge their batteries – it’s no wonder we’re seeing an increase in sickness levels, including mental health and psychological issues. Together with a reduction in resources and manpower, this can lead to the creation of a perfect storm.”

Since June 2015, police officers and their families have been able to receive help from the Welfare Support Programme. The programme is available 365 days a year with staff trained in Mental Health First Aid, suicide awareness, bereavement counselling and Neuro Linguistic Programming.

Firearms increase positive, but at what expense?

While the news that the Metropolitan Police Service is to deploy an additional 600 trained firearms officers across the capital to help keep the public safe from a terrorist attack is positive, this development comes at a cost, and there are questions about how the gaps that are created will be filled. That’s the stark warning issued by the Police Federation of England and Wales. 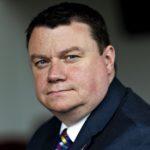 Steve White, the organisation’s chairman, said: “In light of recent events, counter-terrorism is an absolute priority for the police service, and indeed the UK as a whole, but we must remember that this uplift in firearms personnel isn’t about additional officers. The majority will have been moved from other front line roles, meaning that the already very thin blue line is being stretched yet again.”

With Police and Crime Commissioners and chief constables having to make very difficult decisions on how best to manage their budgets against a set of competing priorities, it has never been more important to build effective relationships with local communities.

White continued: “Sir Bernard Hogan-Howe has rightly referenced neighbourhood policing as being crucial in the fight against terrorism, but the reduction in resources over the last couple of years is stark. People want to call the police or, better still, speak to an officer with the confidence that they can raise sensitive issues. However, many forces have had to reduce their neighbourhood policing in order to help manage increasing workloads.”

He added: “The reality of the situation is that, if everything’s a priority, then nothing is a priority. The Prime Minister has outlined the Government’s commitment to tackle modern day slavery, which of course is an extremely important issue, as indeed is the sexual exploitation of children as well as other increasing areas of crime. However, given the current climate and the rise in potential threats, counter-terrorism and preparedness, including adequate levels of trained firearms officers, must be at the top of the list.”

White also observed it’s important to be conscious that any terror attack is likely to affect more than one city, and that appropriate planning and resourcing must go beyond that of the big cities.

“If there’s a terrorist attack,” concluded White, “it’s unlikely to be an isolated incident. Work must continue to ensure that we have the resources in place right across the country to manage any situation that arises.”