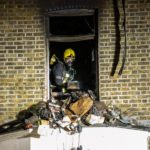 Fire budgets could be cut in favour of policing, the Fire Brigades Union (FBU) has warned after fire authorities lost a bid to block a takeover from West Mercia’s Police and Crime Commissioner (PCC). Firefighters’ vital community engagement work could also be threatened as their independence from the police is eroded.

Hereford and Worcester and Shropshire Fire and Rescue Services could face £4 million in cuts if the takeover goes ahead. The FBU has dismissed “misleading” claims from the PCC, John Campion, that the cuts could be implemented without affecting emergency cover.

Andrew Scattergood, West Midlands regional secretary for the FBU, said: “It’s dangerously misleading for the PCC to suggest he can cut £4 million from existing budgets without affecting emergency cover. Fire Control Room staff are firefighters and are trained to provide vital fire survival guidance calls. Scrapping their posts or merging with policing services is simply not safe.”

Scattergood continued: “Firefighters provide a humanitarian service which often allows access to areas of the community with which the police sometimes struggle to engage. We cannot do that unless it’s clear that we’re not the police. We’re not going to cave in on this matter. We’ll keep fighting until this hostile takeover stops. This is a serious matter of public safety.”

The takeover could face further legal challenges over the coming months unless the PCC withdraws the takeover bid. The FBU is encouraging residents to raise their concerns in a submission to Shropshire Fire and Rescue Authority’s consultation, which will decide its next steps to challenge the decision.

The FBU and Fire and Rescue authorities have adamantly opposed the takeover, voicing concerns about its “undemocratic nature” as well as John Campion’s lack of Fire Service experience. The PCC has a background in business, prison services and the former police authority.