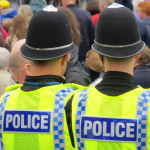 Police forces have made significant progress in putting in place the processes to prevent and tackle corruption, according to a report launched by Her Majesty’s Inspectorate of Constabulary (HMIC). In part, this is said to be due to strong leadership being demonstrated by senior police officers.

The in-depth report, entitled Integrity Matters, sets out HMIC’s findings on the capability of police forces in England and Wales to tackle misconduct. HMIC found no evidence to suggest that corruption is endemic within the police service in its inspections: the overwhelming majority of officers and staff are honest and professional.

However, the report found issues of concern around consistency while some forces lacked the capability to proactively seek out and prevent corruption.

HMI Mike Cunningham said:“When we spoke to police officers and staff it was clear that chief officer teams are demonstrating their commitment to addressing misconduct and corruption. Police officers were also quick to tell us that they see corrupt colleagues as a betrayal of the vast majority who are honourable, decent and hard-working.”

Cunningham went on to state: “We found no evidence to suggest corruption was endemic but we know only too well that the corrosive nature of corruption means that even a single case can be damaging to public confidence.”

He also explained: “Police forces have made great strides in tackling misconduct and corruption. Now they need to continue that work and focus on proactive prevention. At the moment, over half of police forces are not seeking out intelligence on corruption on a proactive basis. This is a clear area for improvement where they can continue to demonstrate a culture of zero tolerance towards misconduct and corruption.”

The findings of the report reflect the strong push to challenge corrupt officers and staff and those who don’t act with integrity. The College of Police’s Code of Ethics, the register for chief officer gifts and hospitality and the disapproved register which prevents the re-employment of staff who have resigned while facing gross misconduct charges (or have been dismissed for gross misconduct) have all contributed towards tackling integrity and corruption.

However, HMIC found that it was impossible to accurately determine the extent of corruption as there is no single agreed definition of what corruption is while forces are not obliged to record if a complaint or allegation of misconduct involves corruption. While there are various criminal offences in place, police corruption means different things to different people.

Currently, around half of all police forces do not have the capability to actively seek out and develop intelligence on corruption.

Police officers themselves are encouraged to raise concerns about unethical or illegal activity among their colleagues and HMIC found that they were prepared to do so. It was encouraging to find that leadership on this issue was generally considered to be very good, with over three quarters of 17,200 officers and staff surveyed agreeing that the senior team encourages officers and staff to challenge activities or behaviours that are unethical, unacceptable or illegal. However, only just over half of the officers and staff surveyed said they trusted the confidentiality of internal reporting systems. This may affect the information and intelligence that forces receive.

HMIC is confident that police forces are addressing misconduct and corruption. Despite budget cuts, the majority have maintained or increased staffing levels in professional standards departments and anti-corruption units.

Last year, there were over 3,000 investigations into offences most likely to have involved corruption which resulted in up to in excess of 900 police officers and staff either facing disciplinary sanctions or leaving the service.

However, the way that corruption is dealt with within police forces varied considerably. Public concern generated by a number of recent reports into police corruption means that the police service should have a clear understanding of the threat posed by police corruption and a standard approach towards both preventing and tackling such behaviour.

This report makes 15 recommendations which can easily be acted upon by police forces and which will lead to greater clarity and consistency in prevention and identification of corruption.

For its part, HMIC will continue to examine forces’ ability to tackle misconduct – including corruption – as one element of the PEEL Inspections.