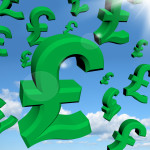 The equivalent of nine police forces will be lost by next year if financial cutbacks continue to bite at the same rate, according to Steve White (chairman of the Police Federation of England and Wales). White is warning that austerity measures are having a “profound impact” on the kind of service the police will be able to offer the public going forward.

Home Office figures detail a reduction of 16,659 police officers since 2010. If officer losses continue at the same rate as last year, the Police Federation states that, by 2016, it will be the equivalent of losing the number of officers employed by nine forces at the beginning of the period of austerity (or 18,829 officers between 2010 and 2016).

The same equivalent for the total workforce loss over the same period – including police staff – would stand at 42,314 (or ten forces) by 2016.

“We’re clearly now at a point where we cannot do everything we’ve always done,” insisted White. “The cracks are showing. Officers have managed in the face of 20% cuts but good will is waning and the stress of coping with depleting numbers in tandem with increasing priorities could end in catastrophe.”

White went on to state: “If there are no more resources for policing and we have to continue then we will no longer be able to provide a full 24/7 response service on everything. I don’t think that’s what the public will want. We don’t only deal with crime. We also deal with the prevention of crime, missing persons, welfare checks, those with mental health issues, neighbourhood policing and road traffic accidents but officers are beginning to state that they cannot continue as they are.”

The recent College of Policing report estimating demand levels on the police service found that, while the numbers of officers have decreased, the UK population has increased while there are now more demands on police time.

On Monday 9 February, the Police Federation voted unanimously to support a policy that all operational police officers who wish to volunteer should have the opportunity to successfully complete Taser training and be issued and authorised to carry Taser. 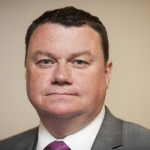 In addition, the Federation has agreed to support the action of the National Armed Policing and Less Lethal Weapons Working Group/Secretariat in asking forces to conduct a Strategic Threat and Risk Assessment of current Taser capability and capacity provision to provide evidence in support of a wider roll-out of Taser to more operational police officers.

“This is a step in the right direction,” stated Steve White. “We will now work with ACPO, individual chief officers, the Superintendents’ Association and the Home Office to progress this move as a matter of urgency.”

White explained: “We have long called for a wider roll-out of Taser. Now the time is right for all operational police officers to have the option to carry Taser. I believe this will provide greater public reassurance. Any officer authorised to carry Taser must be fully-trained to do so. Indeed, there are strict procedures and safeguards in place designed to ensure that all officers are fully accountable.”

In conclusion, White asserted: “It’s only right that police officers be given the choice to carry Taser. We urge the Government and all chief officers to give this initiative their full support.”