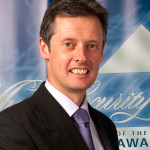 Security specialist Pilgrims Group has officially been ranked in the Top 5% of all the UK’s 800 security companies having passed two quality audits with further improved scores and zero improvement needs.

In particular, two areas of good practice were identified by the SIA in its report. First, Pilgrims Group’s training portfolio. This includes the eGuarding training package (which won the Training Initiative of the Year category at the Security Excellence Awards), the company’s new Xpatter database (designed to report on international incidents and hot spots and which is available as a mobile app) and the LifeSaver product. The latter provides end user customers with a series of scenarios for key incidents such as fire scenarios, burns and vehicle safety.

Also praised was the company’s ongoing work with the City of London Police and the local Chamber of Commerce as well as its support for the hugely successful Cross-Sector Safety and Security Communications hub.

For its part, the thorough ISO audit tested the quality of the company’s services and standard operational procedures, including emergency procedures, general duties, technical systems and administration. The audit of Pilgrims Group’s teams revealed no non-conformances, either major or minor.

“A thorough external assessment of what you do is vital when it comes to maintaining quality and driving improvements in any business sector,” stated David Freear, chief operations officer at Pilgrims Group. “The audit is an effective way to do this and shows our clients that we meet and, in many ways, exceed all of the criteria and standards set by the Regulator. Our membership of the ACS scheme is extremely important and it’s a credit to our team that we’ve achieved such a high rating.”

Closing the gap: strengthening the case for business security

Pilgrims Group’s senior advisor, Sir David Veness, has presented the argument that recent developments in international terrorism – and the current response to the threats and risk posed – have strengthened the business case for corporate investment in security.

The recent presence of armed soldiers on the streets of French and Belgian cities, for instance, demonstrates “changed circumstances and novel dimensions” of the challenge.

Business leaders are urged to consider the key factors which have led to these changed conditions:

*The threat and the security gap is likely to be enduring

“The opportunity for business arising from these factors is to assess the need for self-help and sharpen the corporate security posture,” stressed Sir Davies Veness. “This opportunity extends to the business contribution to closing the security gap in the wider community interest.”

Sir David believes that a sound beginning to the process of assessment of the need for business change is to analyse the reasons for the growing threat and to appreciate the limitations upon response.

“On the basis of analysis of the threat of international terrorism and the current response, the business case is clearly made out for a step change when it comes to in-house corporate security and for the business reinforcement of both public and private sector security.”