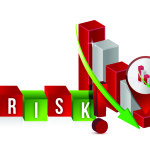 Physical security is now perceived as a growing concern for business continuity professionals. That’s according to the findings of the fifth annual Horizon Scan Report published by the Business Continuity Institute in association with the British Standards Institution (BSI). Among the ranks of potential threats that today’s organisations face, acts of terrorism gained six places, rising from tenth in 2015 to fourth this year, while security incidents moved from sixth place to fifth in the final rankings.

55% of respondents to the global BCI survey expressed concern about the possibility of both an act of terrorism or a security incident such as vandalism, theft or fraud disrupting their organisation at some point. That compares with 42% and 48% respectively for the previous year’s study.

Whether these concerns are justified is another matter entirely, but the incidents in Paris last November are still fresh in the mind, not to mention the many other episodes across the world that constantly fill our news channels.

While security incidents of a physical nature make up the fourth and fifth greatest threats, it’s incidents belonging to the virtual world that once again comprise the top three. For the second year running, cyber attack comes in at number one with 85% of respondents expressing concern (2015: 82%).

The deliberate attack on the BBC over the New Year period is a reminder of the danger this kind of threat poses. The BBC suffered what was reputed to be the largest DDoS attack in history at 600 GBps, which was enough to bring down its website and most of the organisation’s online services for some considerable time.

Data breaches have climbed from third place in 2015 to second place this year, with 80% of respondents expressing concern about the prospect of this type of threat materialising (2015: 74%). Not only are data breaches damaging from a reputational perspective, but they can also be expensive in terms of any fines imposed as a consequence.

Unplanned telecoms and IT outages may have dropped from first place in 2014 to second place in 2015 and now third place this time around, but they’re still a very real threat with 77% of respondents expressing concern (2015:81%).

Offices, shops, factories and warehouses are all heavily reliant upon IT infrastructures, and when those infrastructures fail it can engender severe disruption.

From cyber attack to Health and Safety incidents

This year’s global Top Ten Threats to organisations are as follows:

(3) Unplanned IT and telecoms outages – Down one

(5) Security incidents – Up one

(6) Interruption to utility supplies – Down two

(9) Availability of talent/key skills – Up five

(10) Health and Safety incidents – Up one

David James-Brown FBCI, chairman of the BCI, commented: “The perceived need on the part of organisations to identify and build resilience to combat this range of threats reveals the importance of our annual Horizon Scan survey for business continuity professionals. The Horizon Scan’s reputation and reliability make it one of the most popular reports in the industry on a global scale. It is indeed crucial for practitioners to advise organisations on what to prepare for, and adjust their recovery plans accordingly.”

He added: “The industry landscape is changing rapidly, and so should our discipline in order to keep up with both traditional and modern challenges alike. At the top of the list this year we continue to see threats such as cyber attack, data breaches and unplanned IT outages. More traditional threats like terrorism continue to be front of mind for organisations. Given the rise of new challenges and the fact that old ones still remain, horizon scanning techniques are even more valuable in assisting companies to be prepared to the best of their potential.”

Howard Kerr, CEO at the BSI, commented: “2015 saw a number of high-profile businesses across the world hit by cyber attacks, so it’s reassuring to see that so many are aware of the threat this poses. Our research finds it to be the top concern in six out of the eight regions surveyed. However, we remain concerned to see that businesses are still not fully using information available to them to identify and remedy weaknesses in their organisational resilience.”

The thorough report concludes that horizon scanning impacts on overall resilience as it provides an objective basis for assessing near-term threats that lead to disruption.