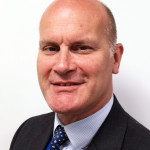 This time around, Finch has received the 2015 Imbert Prize in the category designed to highlight a selected dissertation submitted by an academic institution. This follows on from his success in the 2014 awards when Finch deservedly won the Imbert Prize for the most notable contribution to the profession of security.

Finch studied at Buckinghamshire New University between 2013 and 2014, duly securing a distinction in the Master’s Degree course on Business Continuity, Security and Emergency Management. The Master’s dissertation completed as part of this course – and subsequently put forward for the Imbert Prize – focused on security in the NHS, with Finch having served as security advisor to the Sandwell and West Birmingham Hospitals NHS Trust for an eleven-year period between 2003 and 2014.

In addition, 2013 also saw Finch study for (and pass) a Level 7 Post-Graduate Certificate in Security Management.

Speaking about this tremendous achievement, Phil Wood MBE (head of the School of Applied Management and Law at Buckinghamshire New University and Finch’s appointed Master’s dissertation supervisor) commented: “We’re extremely proud of Peter. As well as being a highly-committed and capable individual, Peter’s a very well-known and active member of the UK’s security leadership community. As a fellow member of the Register of Chartered Security Professionals and as his supervisor and industry colleague, I’m absolutely delighted for him and pleased that he has represented so well those professionals who study with us here at Buckinghamshire New University.”

Wood went on to state: “The ASC’s Imbert Prize is highly prestigious and the standards for both entry and judging are rigorous. Peter’s news is both a remarkable and significant achievement.”

Finch received his 2015 Imbert Prize from Lord Peter Imbert CVO QPM JP – former Commissioner of the Metropolitan Police Service and Lord Lieutenant of Greater London – at the ASC’s Annual Luncheon, held as always at the RAF Club in London’s Piccadilly. 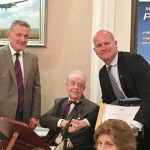 The Imbert Prize for ‘Most Notable Person’ – which Finch won in 2014 – is presented to the individual considered to have made the most notable contribution to the security business sector in the preceding 12 months.

Specifically, Finch was recognised last year for his “significant involvement in advancing security management in healthcare” as well as his diligent work in chairing and developing the National Association for Healthcare Security and, importantly, its links with The Security Institute and ASIS International.

On a personal level, Finch’s progression in the security world was also recognised, with this astute professional having attained Chartered Security Professional status in 2012. Finch was also a finalist in the Security Manager of the Year category at the 2013 Security Excellence Awards.

That same year, he was included in the 2013 IFSEC Global Top 40 listing of the most influential people in the fire and security sectors.

For the past 12 months, Finch has served as the lead on Continuing Professional Development (CPD) at The Security Institute.

Experience in the healthcare sector and the Armed Forces 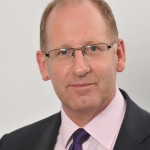 Finch served as Trust lead on compliance with the security requirements of NHS Protect, the Care Quality Commission, the NHS Litigation Authority and the Health and Safety Executive. He was also Trust lead for the ongoing development, implementation and monitoring of hospital security-related policies and strategies and for the assessment of risk relating to crime and terrorism (with particular emphasis placed upon the protection of people and assets).

All the while, Finch made a continuing contribution to NHS Protect/Prevent strategies, proposed legislation, policies, procedures and guidance by dint of membership of key local, regional and national committees.

He was responsible for leading and motivating a cross-site security and car parking team including recruitment, performance management and personal development to ensure a quality service.

Budgetary responsibility in Finch’s role with the Sandwell and West Birmingham Hospitals NHS Trust was in the region of £4 million.

From June 1978 through until July 1986, Finch served as a non-commissioned officer in the RAF Police before taking on the role of provost officer for the subsequent three-and-a-half year period. A staff officer position with the MoD followed in 1994 before Finch was appointed security manager at RAF Northolt between December 1994 and March 1997.

Finch’s first appointment in the healthcare security sector came in September 1999 when he joined the City Hospital NHS Trust in London as security and services manager.