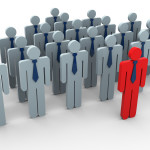 The Personal Safety Champion Award* will be given to the individual deemed to have done most to facilitate the improvement of safety for employees in the workplace, and particularly so for those employees who work alone.

There will be eight other categories at the awards ceremony. These include the Safer Community Award, the Safer Workplace Award, the Campus Safety Award, the Young Person’s Award and the Best Safety Campaign Award.

Host for the event, which takes place on Thursday 17 March at the Church House Conference Centre in London, will be former BBC Crimewatch presenter Jacqui Hames.

Peoplesafe’s managing director Ian Johannessen commented: “Sponsoring these awards is part of our ongoing work with The Suzy Lamplugh Trust** to keep personal safety at the forefront of people’s minds. Lone worker safety isn’t just about ticking boxes and giving staff equipment. Rather, it’s about the culture of the organisation, and often it needs someone to champion lone worker safety. Someone who takes it upon themselves to keep staff safe.”

Johannessen continued: “That someone might be the managing director or it could be the receptionist. Whomever it is, they could be the national Personal Safety Champion. We’re asking everyone to have a think about who that champion is within their organisation and then to nominate them for this award.”

*Nominations for the Personal Safety Champion Award, as well as all of the other categories, close on Thursday 11 February. To nominate someone for an award visit: http://www.suzylamplugh.org/get-involved/national-personal-safety-awards-2016/

**The Suzy Lamplugh Trust was set up by Paul and Diana Lamplugh in memory of their daughter Suzy, a 25 year-old estate agent who disappeared in 1986 after she went to meet an unknown client in London. Tragically, Suzy’s body was never found. The charity is wholly focused on highlighting the risks people on their own face and offers advice, action and support to minimise those risks