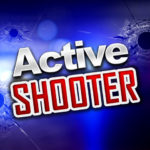 Organisations across the world are overwhelmingly concerned about violent acts occurring in the workplace, particularly events such as active shooter incidents, but despite that concern, the majority are still not properly prepared for such incidents taking place. That’s according to a new study carried out by Everbridge and EMS Solutions.

The Active Shooter Preparedness Research Report reveals that 69% of organisations view an active shooter incident as a potential top threat, with workplace violence also cited as a top threat by 62% of respondents.

39% don’t have a communications plan in place for active shooter events, while a similar number (44%) don’t have a plan to communicate and escalate alerts to those most likely to be impacted. The majority of respondents (61%) don’t run active shooter preparedness drills which further shows how unprepared they are for potential incidents.

Physical security has also been growing as a concern for business continuity professionals with ‘security incidents’ moving up to fifth place in the Business Continuity Institute’s latest Horizon Scan Report, while ‘acts of terrorism’ moved up to fourth place. 55% of respondents to a global survey expressed concern about the prospect of either of these threats materialising.

“The results of this study underscore a very disturbing trend,” said Regina Phelps, founder of EMS Solutions. “While an active shooter scenario is every company’s nightmare, few organisations are prepared to effectively manage the situation. Organisations need to move beyond fear into action, take clear steps to prevent an attack from happening and also be prepared if one does occur.”

Imad Mouline, CTO of Everbridge, added: “Communication plans, education and practice are critical to being prepared for any emergency situation. During an active shooter incident, it’s imperative that organisations have a way in which to quickly and reliably locate individuals in harm’s way and share relevant information, such as administering instructions to either ‘shelter-in-place’ or evacuate a particular part of a building. This research shows that far too many organisations still have a long way to go to call themselves prepared to locate and inform affected personnel during an active shooter situation.”