“Orders on the up but margins squeezed”: FIA publishes Market Conditions Review 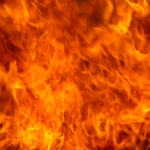 Wave 4 of the Fire Industry Association’s (FIA) must-read Market Conditions Review is now available. The main news is that orders are up although margins are squeezed, and that healthy growth in the sector means there’s now an increased need for more skilled labour and training.

65% of respondents have reported an increase in orders when compared with the preceding six months, with the private sector driving growth. Similarly, the last six months has seen a 73% increase in the number of enquiries received by companies that participated in the Review.

The need for workforce training continues to increase, with 58% of respondent companies anticipating an increase in training over the next six months.

Suppliers have continued to increase prices with only 5% of respondents reporting a decrease.

87% of companies that contributed to the latest Review reported that they’re receiving payment in 60 days or less.

In the last six months, FIA member companies received 40% more invitations to tender than did non-members.

What the survey respondents think

The survey respondents this time around believe that excessive amounts of fire safety companies within the UK competing for business are hammering already decreasing prices. Increases in material prices are, in turn, increasing supplier cost. 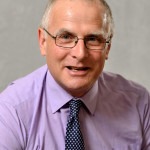 Graham Ellicott: CEO at the FIA

Businesses using fire safety companies for advice are then taking their business to online suppliers to reduce costs. Over the past couple of years, a lot more reverse auctions have been used when tendering for work.

While the number of tenders has increased, so has the number of unaccredited and unregulated contractors tendering for fire-related projects. This has the effect of both pushing down margins and complicating issues with the consultants and end users who don’t see the differences at first hand. On that basis, the belief is that more needs to be done within the industry to reinforce the need for both FIA/BAFE contractors and also for post-installation audit by non-affiliated contractors working without knowledge, accreditation, PI insurance or suitable levels of competence and expertise.

Austerity cuts have seen substantially less activity resulting in less enquiries and sales orders. Respondents believe that the much discussed ‘economic recovery’ has yet to reach the fire sector. Banks are not lending to property developers. “Only larger organisations are benefiting from the coalition Government’s policies.”