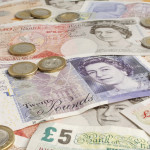 A London-wide clampdown on suspected investment frauds operating out of some of the Capital’s most iconic buildings in the heart of the UK’s main financial districts has taken place. The City of London Police, City of London Trading Standards and the Metropolitan Police Service have visited a number of office premises in the Square Mile, Canary Wharf and Westminster as part of a long-term, co-ordinated and intelligence-led drive to uncover suspected boiler rooms and inform the virtual and serviced office providers that are unknowingly providing criminals with prestige addresses from where to work and promote their scams.

Last year (ie between October 2013 and September 2014) more than £1.73 billion was reported to Action Fraud that had been lost to fraudsters by 5,252 investors across the UK, lured into handing over anything from a few pounds to several hundreds of thousands of pounds.

The City of London Police, which is home to Action Fraud and the National Fraud Intelligence Bureau, has also used its expertise and access to millions of reports of fraud to calculate that each City-based boiler room is making, on average, almost £1.25 million.

Investment fraud victims are duped with the promise of being able to make high percentage returns on investments when the reality is that their money’s being used to cover the running costs of the boiler rooms and fund a life of excess and luxury for the criminals.

‘Operation Broadway’ has been set-up specifically to tackle this organised criminality and the multi-agency task force – which also included agents from the Financial Conduct Authority, HMRC and Tri-Region Scambusters – visited a number of premises across London on 19 March.

Subsequent checks of company lists directed the teams to a number of serviced offices suspected of being involved in some sort of investment scam. Workers were warned of the consequences of being found to be a part of criminal operations that cold-call people across the UK with bogus investment opportunities in commodities such as art, wine, diamonds and precious metals.

Operating across agencies and jurisdictions

As the National Policing Lead for Fraud, the City of London Police has the advantage of being able to operate across agencies and jurisdictions to set-up and execute large-scale operations like Operation Broadway, which is now an important component of the force’s overall strategy aimed at bringing organised crime to its knees.

The leaflet campaign was focused on an appeal for office workers to be on the look-out for criminal groups who set up shop in their buildings and work around the clock attempting to pressurise people into handing over their savings and unwittingly become the latest victim of a crime that damages and destroys lives.

Tell-tale signs of an office being used as a fully-functioning boiler room include companies that make up-front cash payments and choose short-term leases, conduct unusual hours of business and do not display their name in reception areas.

Workers tend to be young, brash and unruly, use false names for themselves and the company they are supposed to be representing and spend lots of time reading from pre-prepared scripts.

The serviced and virtual office sector have thousands of clients throughout the UK, providing facilities to legitimate businesses. However, these facilities are also being exploited by investment fraudsters seeking prestige addresses for their boiler room activities. This is when the virtual and serviced office sector runs the risk of being a criminal enabler.

While seeking to disrupt boiler room activity, Operation Broadway is also focusing on education, duly working with industry to stop the fraudsters before they gain access to the facilities they need to run their operations.

City of London Police Detective Superintendent Maria Woodall, who is overseeing Operation Broadway, said: “Operation Broadway is a co-ordinated multi-agency partnership using intelligence to identify and target investment frauds in the making before they properly get off the ground and really get their claws into people who are simply looking to put their money in a safe place where it will give them a decent rate of return.”

Woodall continued: “To do this we’re working closely with mail forwarding and serviced office providers, stressing the importance of them being fully aware of how their premises are being used and the need for them to act quickly if they have evidence that their office space has been turned into a base for a boiler room fraud.”

In addition, Woodall explained: “At the same time, we’re also drawing in more and more intelligence from workers who are increasingly operating as our ‘eyes and ears’ in London’s office blocks. We’re finding this multi-faceted approach, also drawing on a combination of police, Trading Standards, Financial Conduct Authority and HMRC powers to be a powerful and effective way to tackle investment fraud and stop callous and ruthless criminals stealing and then spending money that many of their victims had put aside to sustain them through retirement.”

DCI Andrew Gould of the Metropolitan Police Service’s cyber crime and fraud team FALCON stated: “Investment fraudsters are manipulative, persistent and convincing so we’re working with our partners across London to raise awareness of these scammers. We’re asking people at home to be wary of any unsolicited calls from people offering investment deals and people at work to be vigilant for any suspect activity in their office buildings.”

City of London Corporation public protection director Jon Averns, who has responsibility for Trading Standards, commented: “City of London Corporation Trading Standards is a key player in the clampdown on boiler room fraudsters. Members of the public can help us make sure we eradicate these abusive practices in the City. This ‘Day of Action’ is raising public awareness so that we can all do our bit and report those that we think are involved in this miserable practice.”

Averns concluded: “We’re creating a hostile environment for investment scammers who use City addresses to create an illusion of respectability that plays an important part in persuading people to part with their money. Consumers, who are often elderly and vulnerable, are actively targeted by these scammers, and persuaded to trust them and transfer very large sums – typically over £50,000 – in the hope of gaining a little more income from the savings. Our message is simple: don’t send your money to someone you don’t know for a product you haven’t seen. If it sounds too good to be true, it probably is.”

Georgina Philippou, acting director of enforcement and market oversight at the Financial Conduct Authority, said: “Victims of financial scams often lose everything, with a ruinous effect on people’s lives. That’s why it’s so important that we work closely with the police and other regulators to crackdown on scams. We cannot act without intelligence, though. It’s absolutely vital that everyone is on the lookout for the tell-tale signs of investment scams in order to protect themselves and to help us protect consumers. These scams are sometimes run from prestigious London addresses to give them an air of legitimacy.”