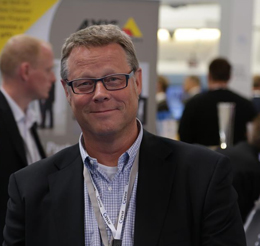 ONVIF” the global standardisation initiative for IP-based physical security products” recently hosted its annual Membership Meeting. Attendees heard presentations on ONVIF success stories from 2014 (including the release of two new Profiles), as well as an outline of new initiatives in the pipeline for 2015 (among them the release of Profile Q and a new client test tool).

The audience at this year’s meeting, which for the first time was held via webinar, enjoyed a welcome address from ONVIF Steering Committee chairman Per Björkdahl (pictured, of Axis Communications) who spoke about ONVIF’s growth. The organisation now boasts 500 members representing six continents and more than 4,000 Profile-conformant products.

With the successful 2014 releases of Profile G for recording and storage and Profile C for access control, Björkdahl said that, in relation to the issue of future Profiles, ONVIF will continue to build on its vision and mission that all security systems will eventually share a single interface.

“ONVIF’s growth this year indicates just how vital our work is to the wider security and technology communities,” said Björkdahl.” Listening to what the market wants and needs and obtaining feedback will be instrumental in our future Profile developments.”

Also speaking at the 2014 Membership Meeting was Stuart Rawling of Pelco by Schneider Electric, the Communications Committee vice-chairman for ONVIF, who discussed ONVIF’s focus on building new relationships and soliciting feedback from the physical security community at large in the coming year.

Rawlings presented the results from recent market outreach and emphasised ONVIF’s desire to continually integrate such feedback into future Profiles and technical support.

Andreas Schneider of Sony, ONVIF’s Technical Services Committee chairman, updated members on the 2015 release of a Profile Q Device Test Tool as well as on some of the features of Profile Q” for faster installations” and Profile A for access control configuration. These features are both currently in development.

During an update from the Technical Committee, chairman Hans Busch of Bosch noted the success of this year’s Developers’ Plugfest” which was the largest yet” and announced plans for two Plugfests in 2015.

Changes on the ONVIF Committees

Members selected new representatives for ONVIF’s Committees. Neelendra Bhandari of Honeywell was appointed to the Steering Committee along with Michael Luetzeler of Siemens.

The Technical Services Committee’s newly-elected representatives are Bob Dolan of Anixter, Neelendra Bhandari of Honeywell and Scott Hudson of Pelco by Schneider Electric.

With more than 500 members and more than 3,700 conformant products under its umbrella, ONVIF is the largest organisation of its kind in the world.

Since inception in 2008, ONVIF has seen its membership grow by between 25% and 50% each year, with the number of conformant products increasing by 250% in the last three years alone.

*Further information about ONVIF (including details of member companies and conformant products) is available at:www.onvif.org

Securitas wins contract for security and stewarding solutions at TRANSEC

CrowdControlHQ: “IT directors ignore social media risks at their peril”