ONVIF, the global standardisation initiative for IP-based physical security products, hosted its 21st Developers’ Plugfest late last year in Rome. It was an event that highlighted the continued demand for interoperable solutions.

More than 30 developers and engineers from 18 ONVIF member companies gathered for this multi-day event, which featured 164 hours of testing. Attendees tested their implementations of ONVIF Profiles along with other ONVIF Profile-conformant products. Developers could also test products independently for Profile conformance, as well as assess interoperability between their devices and those from other manufacturers.

“The collaboration and exchange of ideas necessary for interoperability doesn’t happen in a vacuum and, as such, these events provide valuable face-to-face time for our members,” said Per Björkdahl, chair of the ONVIF Steering Committee. “We’re grateful for the continued support from our member companies and developers to help us continue to maintain profiles.” 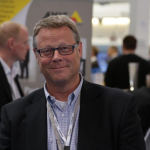 Additionally, developers were able to perform testing of the Media2 service methods for media configuration and streaming and conformance testing for discovery.

ONVIF Developers’ Plugfests are held twice yearly around the world, allowing the global membership of ONVIF to gather and test their implementations.

The next ONVIF Developers’ Plugfest is scheduled to take place from 13-15 May with the location to be announced in due course.