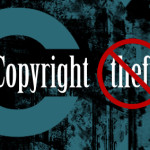 The Government has launched a consultation on plans to increase the maximum sentence for commercial-scale online copyright infringement from two to ten years’ imprisonment. Proposals set out in the new consultation will bring the penalties for online offences into line with equivalent offences relating to the copyright infringement of physical goods.

The proposed new measures will increase the sanctions for criminals who infringe the rights of copyright holders for large-scale financial gain and will also make it abundantly clear that online copyright infringement is no less serious than the crime of physical infringement.

On launching the consultation, Intellectual Property minister Baroness Neville-Rolfe DBE CMG commented: “The Government takes copyright crime extremely seriously. This form of criminality hurts businesses, consumers and the wider economy both in the online space and offline. Our creative industries are worth more than £7 billion to the UK economy and it’s important to protect them from online criminal enterprises. By toughening penalties for commercial-scale online offending, we’re offering greater protections to businesses and sending out a clear message to deter the criminals.”

Detective Chief Inspector Peter Ratcliffe, head of the Police Intellectual Property Crime Unit (PIPCU) at the City of London Police, added: “Online or offline, intellectual property theft is a crime. With advances in technology and the popularity of the Internet, more and more criminals are turning to online criminality. On that basis, it’s imperative that our prosecution system reflects those moves towards a more digital world. PIPCU welcomes this consultation which is designed to harmonise the criminal sanctions for online copyright infringement.”

As stated, the UK’s creative industries – including film, television and music – are worth £7.1 billion per year to the UK economy. Not only that, they also support more than 1.6 million jobs. The new proposals from central Government will offer these creative industries further protection from large-scale online copyright offenders and act as a significant deterrent to criminality.

Eddy Leviten, director general of the Alliance for Intellectual Property, said: “This consultation is very welcome as we feel there’s a clear anomaly in the way that online copyright infringement by criminal enterprises is treated by the justice system.”

News of the consultation follows on from the recommendations made in the independent review ‘Penalty Fair?’ and calls from the creative industries for the harmonisation of online and offline copyright infringement offences.

The Alliance for Intellectual Property has celebrated the value of intellectual property to UK innovation and growth at its annual reception held in the Houses of Parliament, at which the Rt Hon John Whittingdale MP OBE (Secretary of State for Culture, Media and Sport) gave the Keynote Speech.

This year’s event was hosted by Pete Wishart MP and sponsored by Creative Content UK, a consumer awareness campaign designed to highlight the value of the UK’s creative industries and, importantly, encourage consumers to access creative content from the growing number of legitimate online sources.

However, it was also duly noted there are areas still requiring action, among them further protection for design rights.

At a European level, the Alliance reiterated its support for a Digital Single Market but also urged the Government to ensure any measures relating to copyright are considered very carefully to ensure they’re based on evidence and don’t damage the UK’s vibrant creative industries.

During his speech, John Whittingdale stated that he’s pleased the IP minister Baroness Neville-Rolfe is now working across both departments and expressed strong support for the value of intellectual property rights in the UK. He also made direct references to the promises made within the Conservative Party’s General Election Manifesto to protect intellectual property, stating that he would ensure these promises are honoured.

Richard Mollet (chairman of the Alliance for Intellectual Property) said: “The large number of MPs present at this event, many of them newly elected to Parliament, demonstrates that intellectual property is now on the mainstream political agenda. We were delighted to hear John Whittingdale speak so positively about the Alliance and its work and his understanding that reform to copyright or other IP-generating sectors at an EU level must be based on evidence and not harm creators and businesses in the UK.”