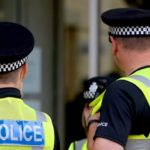 The views of operational police officers must be at the heart of any policing reform if it’s to really make a difference. That’s the view of the national vice-chair of the Police Federation of England and Wales as a new report suggests a series of recommendations the Government should adopt in order to “rekindle” policing in Britain.

The detailed report – entitled ‘Rekindling British Policing’ – has been produced by centre-right Think Tank The Policy Exchange and recommends a ten-point revival plan for policing. Authored by Richard Walton (himself a former officer with the Metropolitan Police Service) and Sophia Falkner (a specialist in the field of security-focused research), the 46-page document highlights that, over the past decade, there has been a 19% decrease in real terms in expenditure on police services, while recorded crime over the same period has increased by 27%. Shockingly, spending on the police service currently accounts for just 2% of public expenditure overall.

The document welcomes the recruitment of the proposed 20,000 officers targeted by new Prime Minister Boris Johnson, but suggests this should be supported with a more streamlined and faster process of co-ordinated recruitment and that the Government’s newly-formed National Policing Board should be responsible for leading “strategic change” within the service.

Among the report’s other recommendations are changes to recruitment policies which include suggestions for providing police officers with affordable homes, strengthening law enforcement at the local, regional and national levels, the co-ordination of national recruitment for police officers and the creation of a new three-year crime fighting strategy focused on the reduction of violent crime and illegal drugs.

As part of the drive to streamline scrutiny and oversight of policing, the report also suggests merging the Independent Office for Police Conduct into Her Majesty’s Inspectorate of Constabulary and Fire and Rescue Services so as to create a single independent oversight body dealing with police performance, complaints and discipline.

Reacting to the report’s publication, Ché Donald (national vice-chair of the Police Federation of England and Wales) said: “The Policy Exchange report echoes much of what the Federation has been warning about for years, highlighting the devastating and wide-ranging effects that austerity, and the subsequent decimation of the police service, has had. It reiterates the need for properly resourced neighbourhood policing. I’m pleased to see some of the more innovative suggestions to assist with recruitment such as those relating to police housing provision.”

The report is the third published in the last few months which concludes the 43-force model is no longer viable given the challenges facing the service. Donald added: “If policing is to provide the best service it can then there has to be less focus on fiefdoms and more on developing a framework which is fit for the future.”

Reacting to the recommendation about the National Policing Board taking more responsibility for leading change, Donald explained that it’s vital operational police officers are represented. “How can the National Policing Board really be effective if we, or the other police staff associations, do not sit on it? There’s no-one better placed to guide and identify the changes needed to ‘rekindle’ the service than those on the front line who, day in and day out, experience the reality of the issues facing policing and society as a whole.”

In conclusion, Donald stated: “The new Government – and those who shape its policy – has a real opportunity to reinvigorate the relationship between policing, politicians and the pubic and, by doing so, make a tangible difference. Police officers must be at the very heart of that process.”