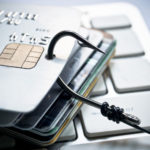 The Office for National Statistics (ONS) has released its annual Crime Statistics for England and Wales in which it reveals a decline in computer misuse and computer virus offences. In response, Mike Fenton (CEO at Redscan, the UK-based cyber security firm) has pointed to the current flaws in reporting cyber crime and highlights other numbers which suggest just how wrong the ONS numbers may be.

Fenton commented: “On the same day that the ONS claims there were 977,000 computer misuse incidents in the UK last year, media sources are reporting the existence of botnets capable of sending 30,000 extortion e-mails per hour. That’s 720,000 incidents per day from just one source, of which there are thousands. Something doesn’t add up.”

He continued: “The fact that the statistics include just 20,000 offences against businesses reported to the National Fraud Intelligence Bureau by Action Fraud also shows that the data is deeply flawed.”

In addition, Fenton stated: “Until the reporting of computer misuse crime improves, data like this should be taken with a large pinch of salt. The fight against cyber threats is a key issue that businesses need to prioritise and misleading headlines don’t do anyone any favours.”

While in the last year there has been no change in overall levels of crime, this hides a variation seen in individual crime types. The latest figures from the ONS, which cover the 12 months to June this year, reveal something of a mixed picture, with continued rises in some types of theft, “bank and credit account fraud” and falls in “computer viruses”. There were also increases in some of the less frequently occurring, but higher harm types of violence, including offences involving knives or sharp instruments.

The Crime Survey for England and Wales (CSEW) indicates a continuing rise in fraud with the latest estimates showing a 15% increase, driven by a 17% rise in the aforementioned “bank and credit account fraud”. All other main crime types measured by the CSEW showed no change, including lower harm violent offences (for example, violence without injury and assault with minor injury).

Although the latest estimate of theft offences measured by the CSEW showed no change in the last year, there was an 11% increase when compared with the year ending March 2017. While the CSEW provides the better indication of overall trends in theft offences, police recorded crime data can help identify short-term changes in individual offences thought to be well-reported and accurately recorded by the police.

In the latest year these data show a 3% increase in vehicle offences, which includes a 7% rise in the sub-category of “theft or unauthorised taking of a motor vehicle”, an 11% increase in robbery and a 4% decrease in burglary.

Commenting on the figures, Joe Traynor from the ONS’ Centre for Crime and Justice said: “In the last year there has been no change in overall levels of crime. However, this hides variations in different types of crime, in particular continued rises in bank and credit account fraud and falls in computer viruses. While overall levels of violence have remained steady, the number of offences involving a knife has continued to increase across England and Wales. However, the number of homicides where a knife or sharp instrument was involved decreased, largely driven by falls in London. There’s a mixed picture in the total number of knife crime offences across police forces with the Metropolitan Police Service recording little change in the last year.”

National Police Chiefs’ Council lead for crime, chief constable Andy Cooke, said: “Any rise in knife crime is incredibly serious and tackling this issue is a priority for police across the country. Statistics show the increase is slowing and this is in part down to our work to suppress violence using patrols in crime ‘hotspots’, targeted and intelligence-led Stop and Search and work to disrupt gangs.”

Cooke continued: “In the past few years, cuts to policing have meant we’ve become more reactive to crime. With the recruitment of additional officers, we will have more people on the beat and more people investigating and preventing crime.”

Cooke is also concerned by increases in other offences, and the fact that too few crimes are being solved and brought to court for justice to be done. “This is a symptom of the strain on policing as we try to manage growing crime and demand that’s ever-more complex. We continue to work with the Home Office in putting the case forward for a stronger policing system that’s properly funded so that we can improve outcomes and build public confidence.”