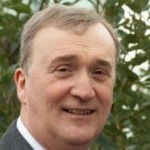 It is with very great sadness Risk UK brings you the news that John Haddon, director and global leader of Arup’s Resilience, Security and Risk practice, unexpectedly passed away on Saturday 20 February having just returned from a holiday in Venice with his wife, Gill.

John began his career at Arup as a graduate back in 1978, and has been an exemplar security professional throughout his highly distinguished career.

John was a Fellow of both Arup and The Security Institute. Indeed, he was a regular host of dedicated Institute events and Validation Board meetings held at Arup’s central London offices, and had been a main Board director of the professional membership organisation.

He was an alumni of Queen Mary University, London (where he studied from 1975-1978), and a serving member of the Business Continuity Institute.

Commenting on John’s passing, Simon Brimble (associate director in Arup’s Resilience, Security and Risk team and a great friend and colleague of John’s) told Risk UK: “John always led by example, whether in terms of gaining professional recognition, developing new services or providing high quality technical solutions. His commitment to his profession, colleagues and clients alike was evident in every piece of work that he undertook. He will be sorely missed by everyone who knew and worked with him.”

When asked about the project for a Q&A article on Arup’s website, John commented: “The opportunity to work from cabinet level through Government departments and on to institutions was absolutely fascinating. I felt that we were making a real contribution towards attempts to improve the life of the population in the Western Cape.”

Arup will be gathering messages of condolence to share with John’s family when the time is appropriate. If you would like to contribute your thoughts, please send messages to Kyrie Banfield (kyrie.banfield@arup.com).

John’s funeral is scheduled for 3.00 pm on Friday 11 March.  If you would like to attend, again please contact Kyrie Banfield for further details.

John’s family has requested that flowers for the occasion are from family only, but would welcome donations to the Herts Air Ambulance (http://www.hertsairambulance.uk.com/how-you-can-help/donate.aspx)

A statement issued by The Security Institute concludes: “We are immensely appreciative of the support John gave to the organisation. He will be sadly missed.”

Everyone at Risk UK and Pro-Activ Publications sends their sincerest condolences to John’s family, friends and work colleagues at this very sad time.

Brian Sims, the Editor of Risk UK, commented: “When I became Editor of Security Management Today back in late 2000, John was one of the first security professionals I turned to for advice. That advice was always forthcoming and never less than detailed and wholly relevant. John wrote and spoke with such eloquence and conviction. I will always be hugely grateful for his support of both my work and the Security Excellence Awards. It’s a sad day for all of us resident within the security business sector. John is going to be missed by so many people.”